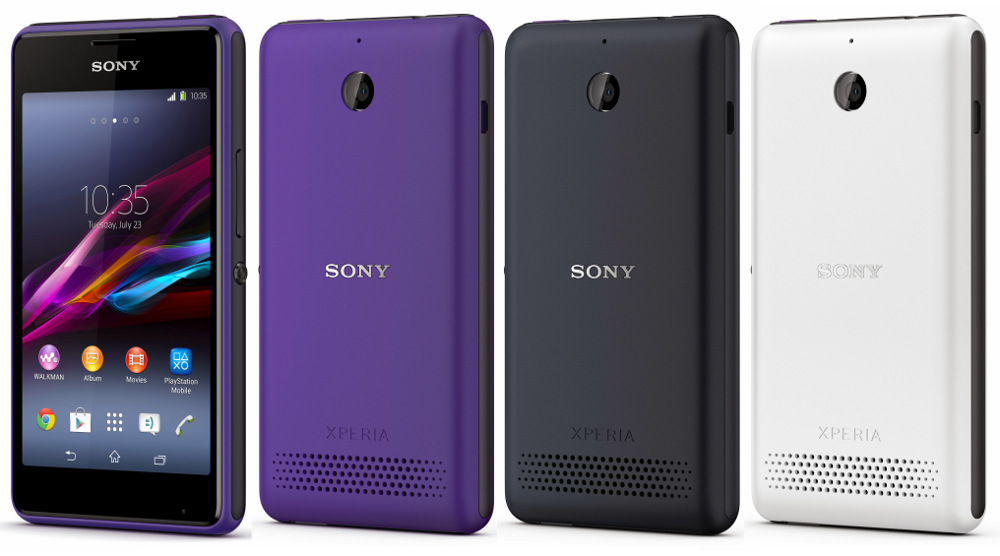 Sony’s brand new launch, the Xperia E1 is its latest entrant into the mid range segment. Aimed at competing in the entry level, budget segment, the Xperia E1 is the successor to the fairly popular Xperia E that was launched last year.

The phone is powered by a 1.2 Ghz dual core Qualcomm Snapdragon 200 MSM8210 processor. This is paired with 512MB of RAM and 4GB of storage. You go however get a microSD card slot to increase that storage. The battery is somewhat diminutive at 1700 mAh but should suffice to power the handset for a day of average usage.

Sony has also announced a dual SIM version of the device which’ll be called the Xperia E Dual. An interesting feature that Sony is plugging here is xLoud and a rated 100Db speaker. Sony claims that its ClearAudio+ and xLoud technologies will be able to deliver crystal clear audio even at very high volumes.

There’s a dedicated Walkman key onboard the phone and shake to shuffle support in the music application. The camera is a bit poor at just 3MP and can shoot WVGA video at max.