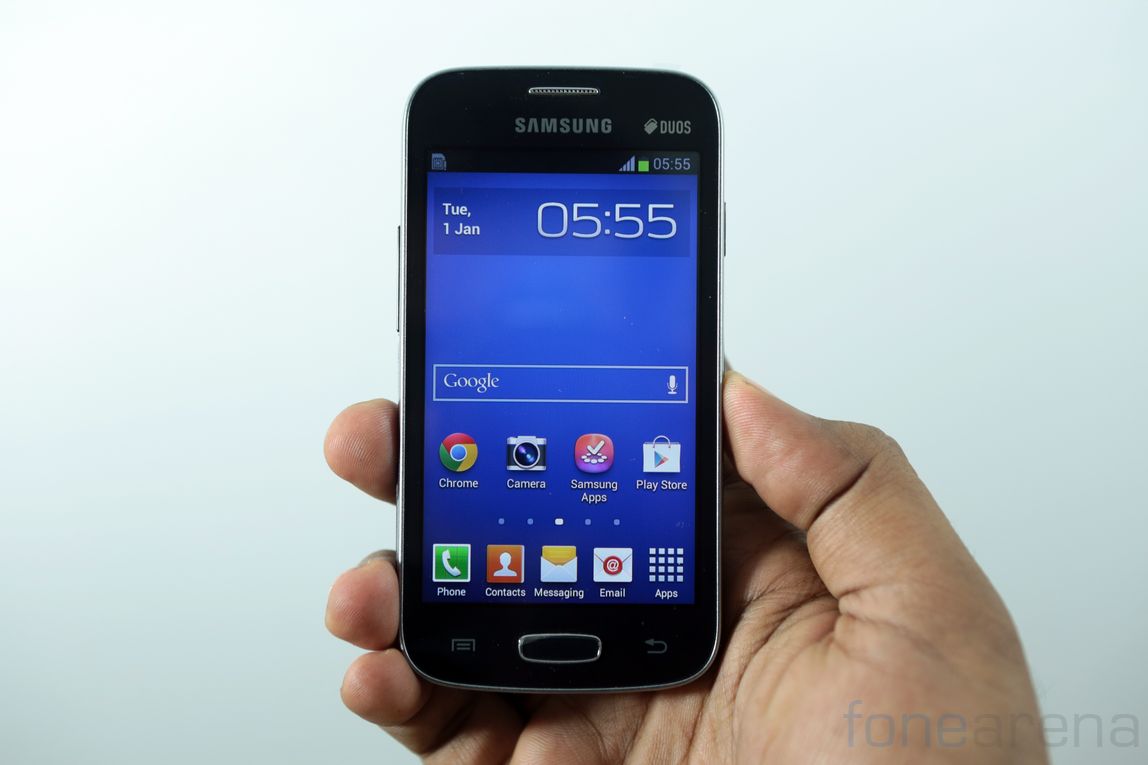 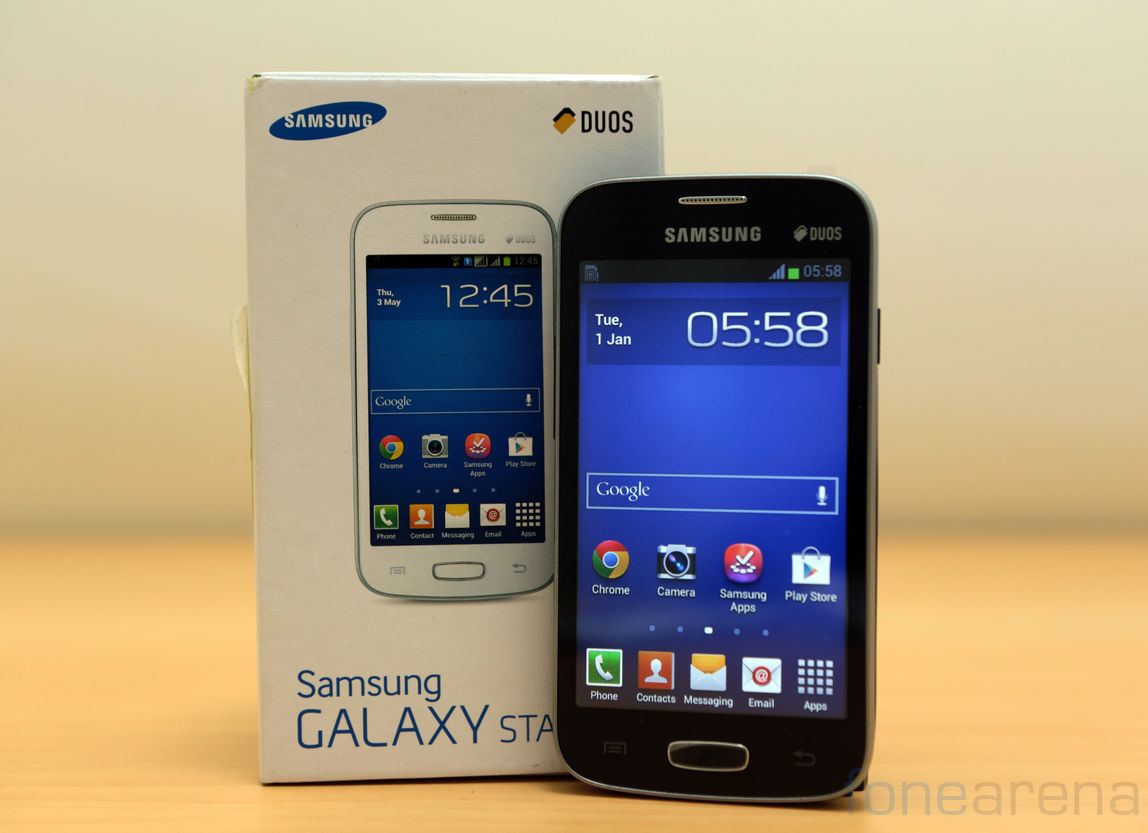 The box contents were minimal as it is just an entry level smartphone. The various things in the box are 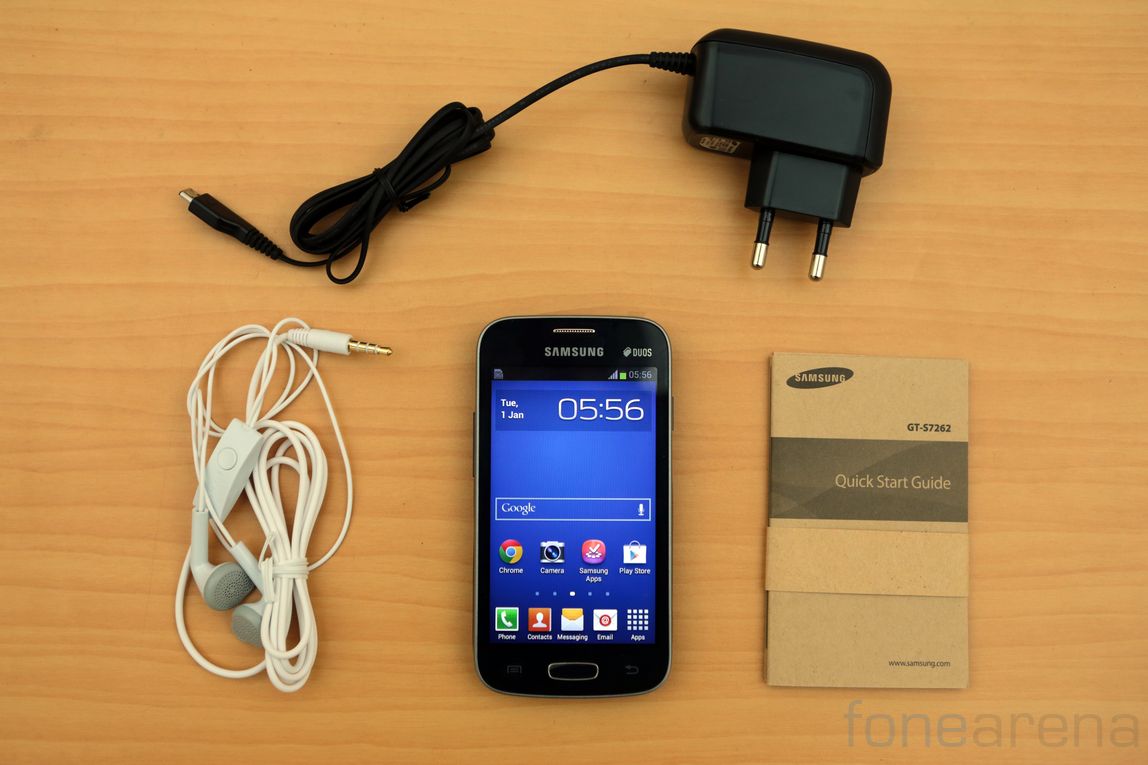 The phone looks like any other Samsung Galaxy smartphone and follows a similar design language with an all plastic build. Unlike the matte finish back of Samsung Galaxy S Duos 2, the back of Samsung Galaxy Star Pro is quite glossy. The back cover is removable and there are two microSIM card slots underneath the battery.  The display is also quite glossy, but the brightness levels seem quite good. There is just a 2MP camera on the back of the device. Being a budget device, the Galaxy Star Pro obviously lacks a front facing camera, but there is a proximity and ambient sensor combination on the front of the device above the display.