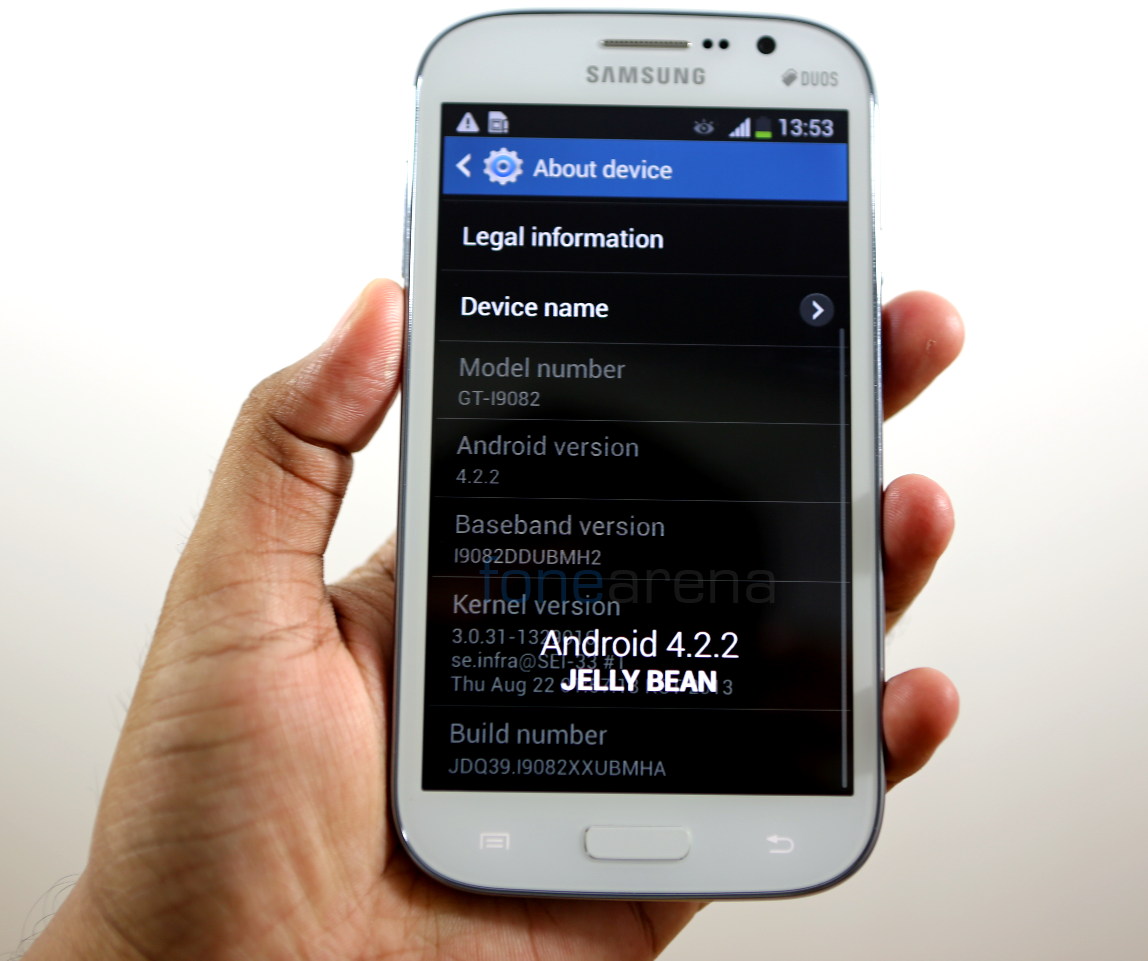 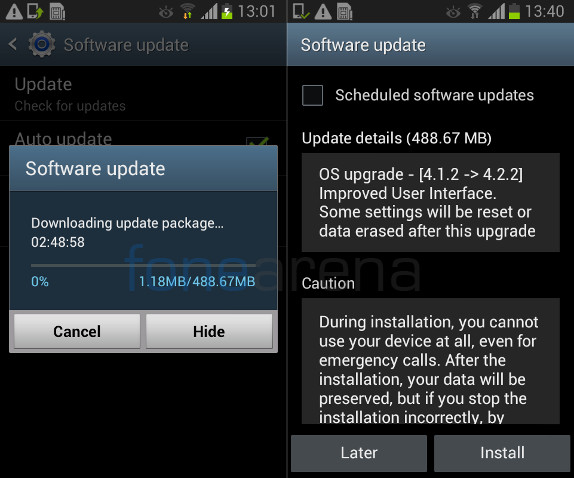 The Android 4.2.2 update for the Galaxy Grand Duos brings Quick Setting toggles in the drop-down notification bar, faster performance, lockscreen widgets, improved task switching, Daydream mode and lots more new features.  Samsung confirmed Android 4.1 update for range of Galaxy devices last year, but they are yet to confirm the list of device that would get the Android 4.2.2 or the 4.3 update.

Samsung released regional language support for range of Smartphones and Tablet last month, including the Grand Duos. These features would remain even after the update. We also got couple of updates after the Android 4.2.2 update for stability improvements.

The Android 4.2.2 update for the Grand Duos is 488.76MB and is available over-the-air (OTA) and also via Samsung Kies software. You can check for the update manually from the Settings, About, Software update.