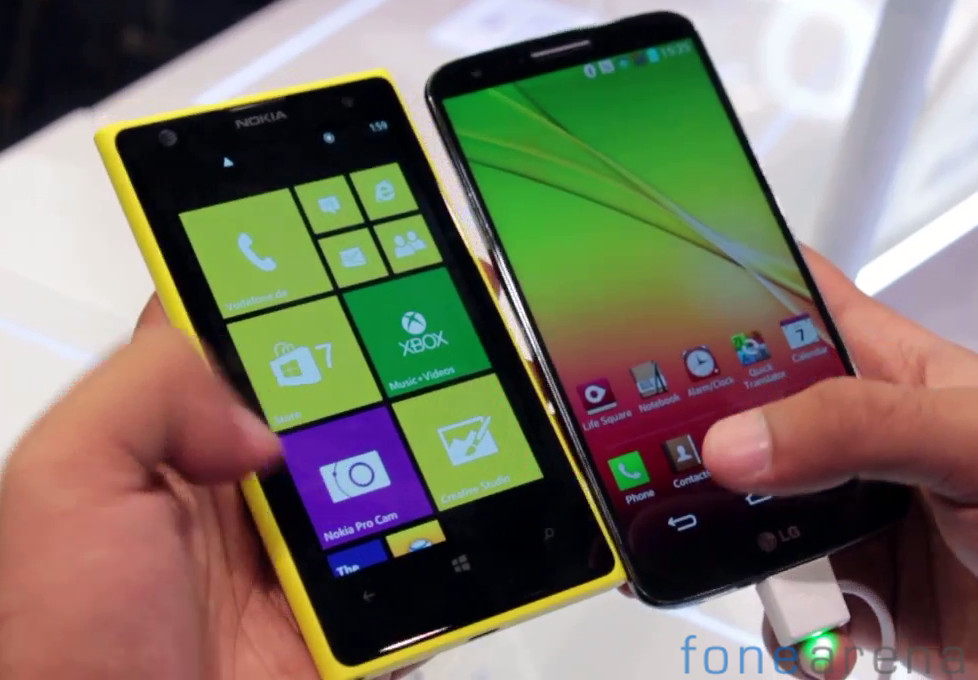 The LG G2 is the company’s latest flagship smartphone that was launched at an event in New York last month, and the Lumia 1020 is the latest smartphone with a 41-megapixel camera sensor that was announced back in July. The LG G2 is powered by a 2.2 GHz quad-core Snapdragon 800 (MSM8974) processor with Adreno 330 GPU, while the Nokia Lumia 1020 is powered by a 1.5 GHz dual-core Qualcomm Snapdragon processor. Check out the quick hands on comparison from the IFA. 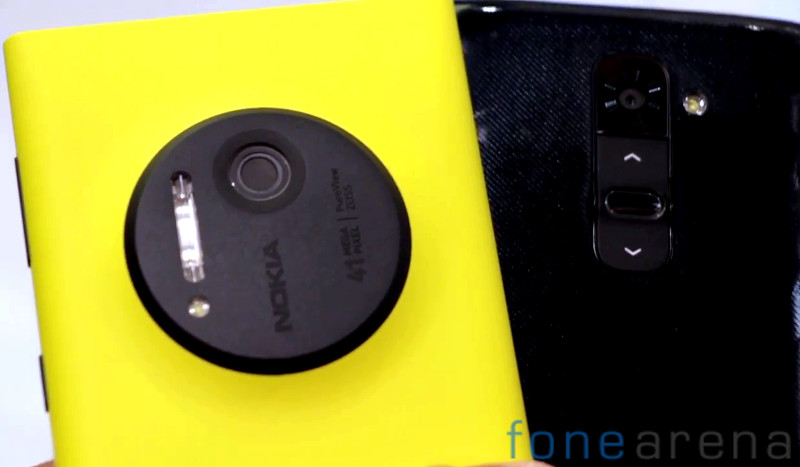 The LG G2 has a 5.2-inch (1920×1080 pixels) Full HD IPS display with minimal bezel and the Lumia 1020 has a 4.5-inch (1280 × 768 pixels) Pure Motion HD+ AMOLED capacitive touch screen display. The Lumia 1020 has capacitive touch buttons, while the LG G2 comes with on-screen buttons. The G2 has a 13MP rear camera with LED Flash and Full HD video recording and a 2MP front-facing camera, but the Lumia 1020 comes with a whopping 41MP camera with Optical Image Stabilization (OIS), 6 lens optics and 1.2MP front-facing camera.