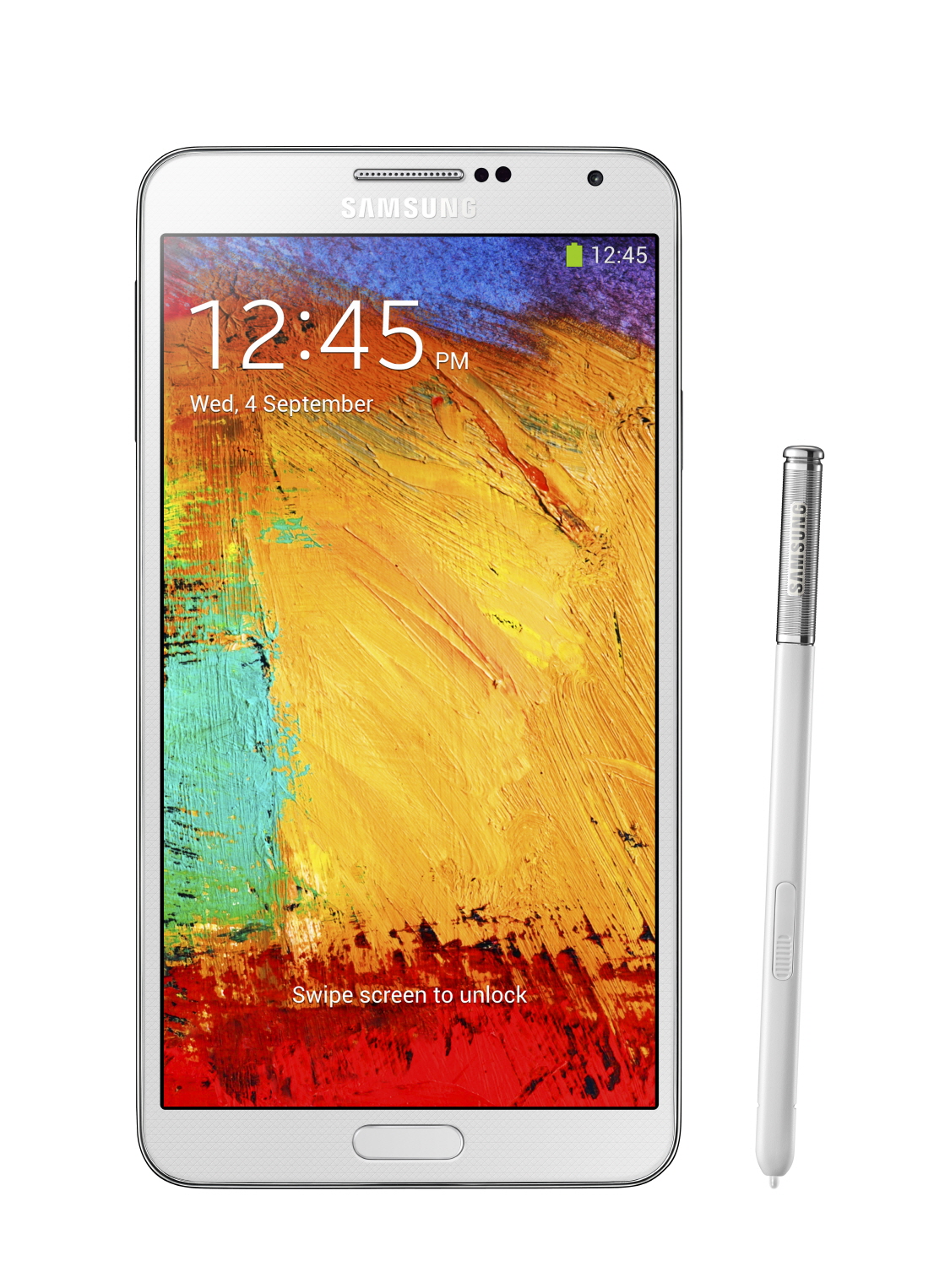 Like the usual Samsung premium devices, the Galaxy Note 3 is packed with a plethora of software features that include Samsung’s trademark Multi-Window, Smart Stay, Smart scroll, smart rotate, S-Beam, Air View. Like any other Note device, the Note 3 will also come with Samsung’s S-Pen stylus which is advanced. It will come with Samsung’s latest Samsung Knox for security features.

The Galaxy Note 3 will be available in Jet Black, Classic White and Blush Pink colors at launch and it will come with a wide variety of exchangeable back covers.

There is no word on pricing yet, but the Galaxy Note 3 will be available as soon as September 25th across 140 countries.