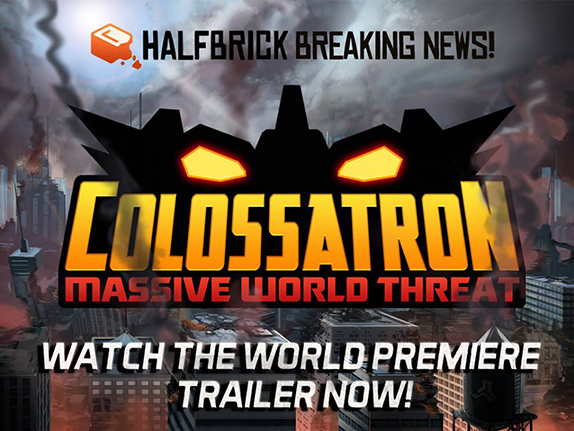 From the makers of Jetpack Joyride and Fruit Ninja, we have a new game which wants you to destroy the world. The upcoming game, titled “Colossatron: Massive World Threat”, is a mass destruction game helped by the concept of an Alien robot.

The gameplay trailer shows that users take control of a giant robotic snake(reminds us of Mr.Cuddles from Jetpack Joyride) and cause havoc over the city’s population. Upgradeable weapons and abilities allow the user more control over the chaos. The main goal of the game is to cause as much property damage as possible. Seeing clips from the trailer suggest a redefined version of the classic “Snake” game with the mix of Alien robots and mass destruction. The length of the robotic snake changes across various scenes in the trailer and one scene shows the length of the snake getting short when it is attacked.

There are no details regarding when it will launch or in what platforms it will be available at launch. We are assuming that the game will be initially available on both iOS and Android and we expect a gradual rollout to other platforms. No release date has been specified either and all we know is that it is coming soon.

Check out the trailer below.