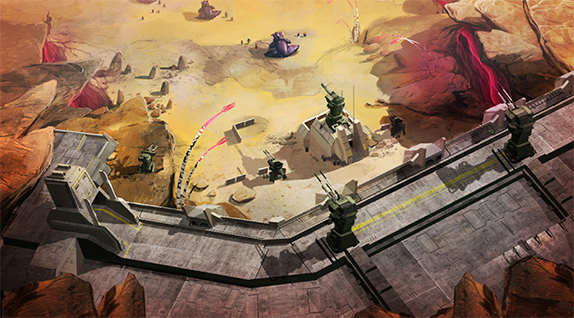 With a story set to happen in between the story lines of Halo 3 and Halo 4, it promises to bridge a gap and introduce new characters and parallel story lines along the way. In that case, it should really make religious Halo fans happy.  Unlike all the other Halo games(except for halo Wars) this is a top down shooter that is much easier to play on a touch screen rather than on a controller based environment. As the Halo Waypoint blog puts it –

This new chapter lets you experience the first missions of the Spartan Ops program and dives deeper into the backstory of Human-Covenant wars. Play through the eyes of Commander Sarah Palmer and Spartan Davis stationed aboard the UNSC Infinity as they fight never-before-seen battles against Covenant forces.

If you’re a Halo fan, you would instantly recognize what it’s all about. But even if you’re not, the game should provide a glimpse into the expansive universe built by the famed developer Bungie.Interesting thing touted here in technical terms is the interactivity between Windows devices. You can actually play it on your phone, save it, and then resume back on your Windows PC or tablet.

You have more information about the game in its own Halo Waypoint portal, lots of videos there! You can even buy the digital soundtrack on Amazon. Here are the top features of the game, in case you don’t want to dig too much –