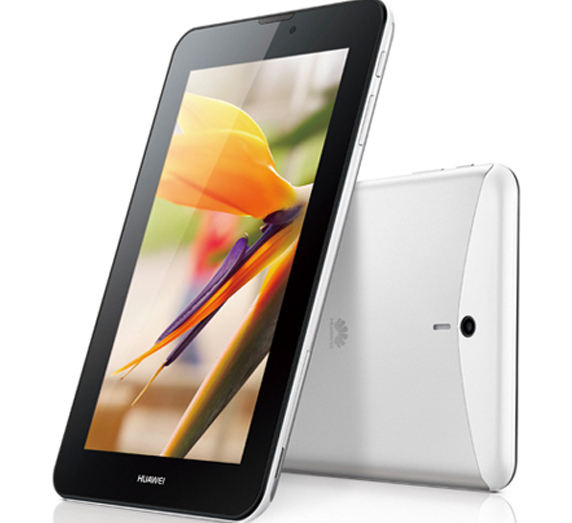 Huawei has announced the MediaPad 7 Vogue, the company’s latest tablet in the MediaPad series. It has first mentioned at the  official MWC press release back in February and leaked in March. It has a 7-inch (1024 x 600 pixels) IPS display, similar to the Huawei MediaPad 7 Lite that was launched in India last November. It is powered by a 1.2 GHz quad-core K3V2 HiSilicon processor with 16 Core graphics and runs on Android 4.1 (Jelly Bean) with Huawei’s Emotion UI 1.5 on top. It has 3G connectivity through a SIM card slot and supports voice calls. It has a 3-megapixel rear camera, 0.3-megapixel front-facing camera and has sleek aluminum metal unibody design.

The Huawei MediaPad 7 Vogue comes in black and white and would go on sale in China and Taiwan later this month at a suggested retail price of 8990 New Taiwan Dollar  (~US$298).