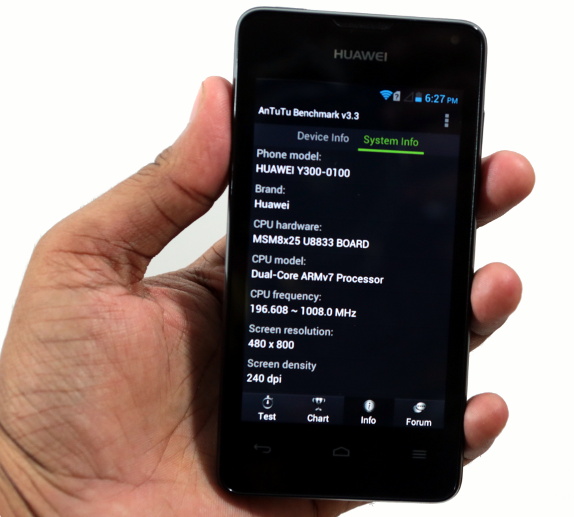 Huawei launched the Ascend Y300, the company’s latest mid-range Android smartphone in India earlier this month. Here we have the benchmarks of the device. It has a 4.0-inch (800 x 480 pixels) capacitive touch screen IPS display, powered by a 1 GHz dual-core Qualcomm Snapdragon S4 Play (MSM8225) processor and runs on Android 4.1 (Jelly Bean) with Emotion UI. Huawei uses this Snapdragon S4 chip in several devices including the Ascend G330D, G510 and G600, apart from the Ascend Y300. Let’s see how the device performs in the benchmark tests. 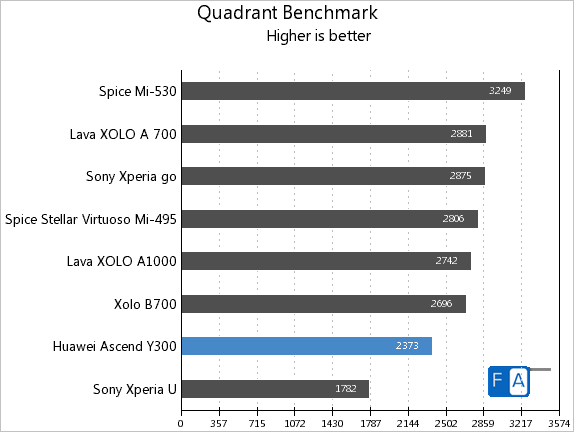 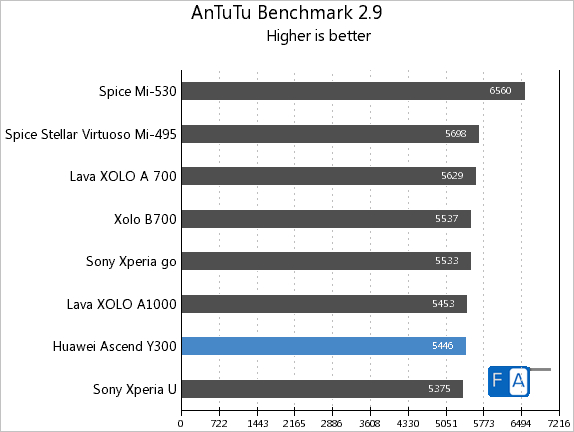 The Ascend Y300 couldn’t beat most of the phones even in the AnTuTu Benchmark v2.9. 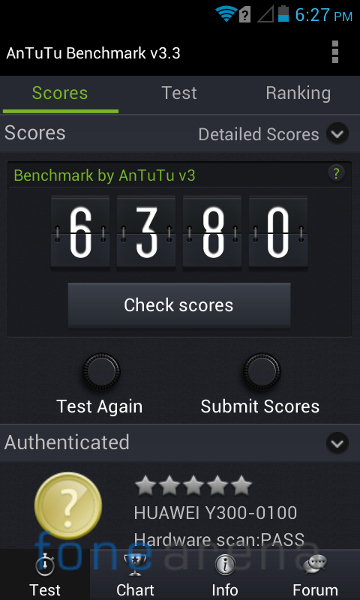 The phone managed to score 6380 points in the AnTuTu Benchmark 3.3. 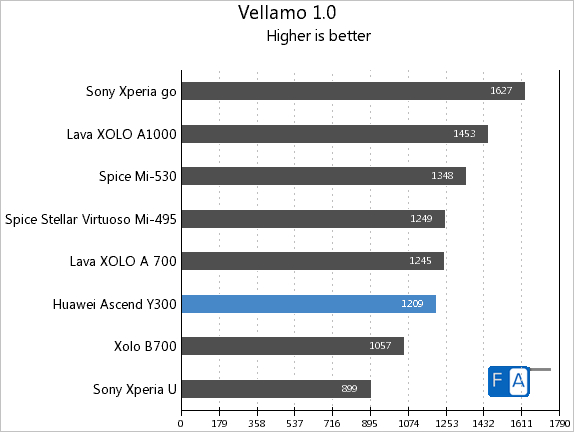 Even though the phone runs on Android 4.1, it could score just 1209 points in the Vellamo 1.0 browser benchmark. 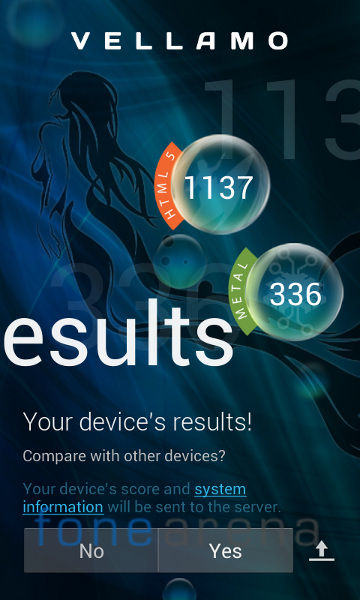 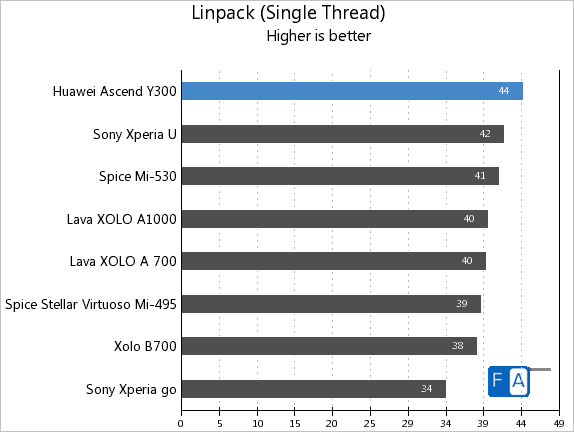 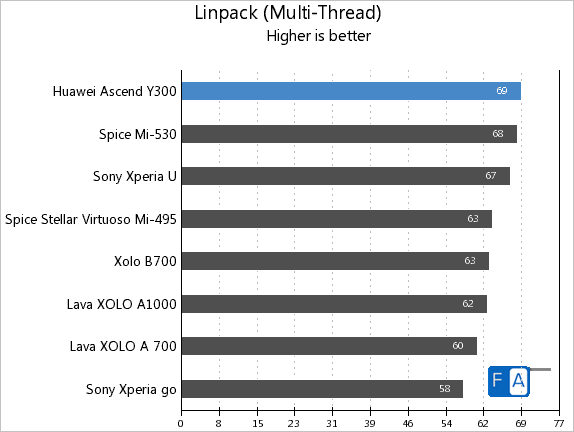 The Huawei Ascend Y300 managed to beat all the other dual-core phones in both the Linpack single thread and multi-thread CPU scores. 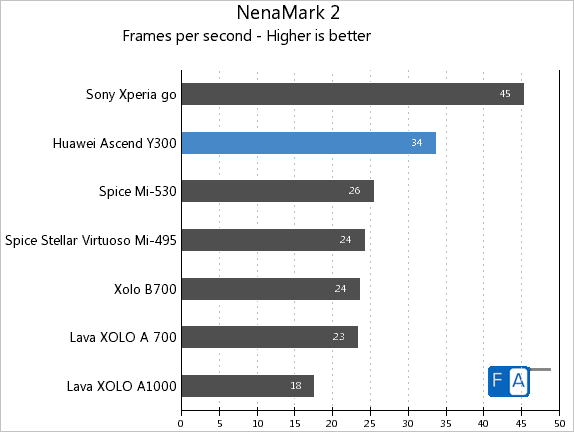 The Adreno 203 GPU in the phone helps the phone to clock 33.7 fps in the NenaMark GPU benchmark. 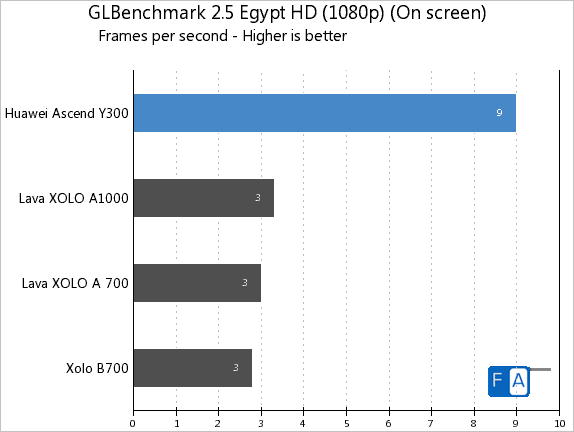 We will bring you the complete review of the device soon. Let us know if you have any questions about the device, in the comments section below.