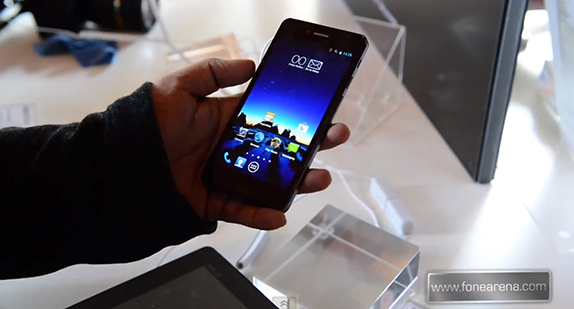 Asus launched the the Padfone Infinity which is the third generation Padfone device today at MWC 2013 in Barcelona. This video takes a look at the device, its tablet station and features.

The design remains quite similar to the Padfone 2 but Asus have made improvements as well. For example the Padfone logo also acts as the NFC antenna and now the phone has an aluminium unibody with brushed metal design. Thus it gives a very solid feel and the curved edges make it really easy to hold.

It has a 5-inch Full HD (1920×1080 pixels) IPS display, powered by 1.7 GHz quad-core Qualcomm Snapdragon 600 processor with Adreno 320 GPU and runs on Android 4.1 (Jelly Bean). The Padfone Infinity will be available for purchase from April 2013 at a price of 999 Euros. Here is the photo gallery of the device.