Alongside the Lenovo S6000, the company also announced a smaller 7 inch tablet called the A3000. The display is slightly lower resolution at 1024 x 600 pixels but is of the IPS variety with pretty good viewing angles. The contrast ratio, color quality and brightness are definitely quite good. 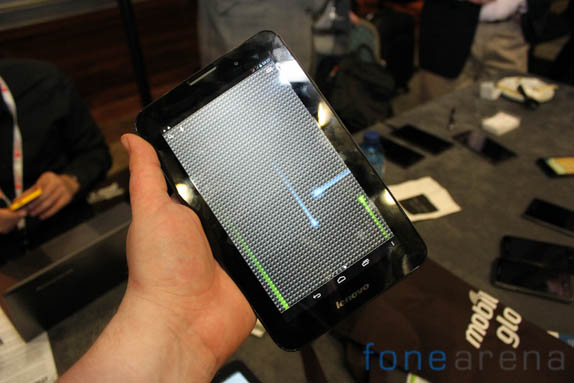 The tablet isn’t the slimmest we’ve seen with a 11mm profile but the weight is manageable at just under 340grams. The A3000 easily slips into a jacket pocket. 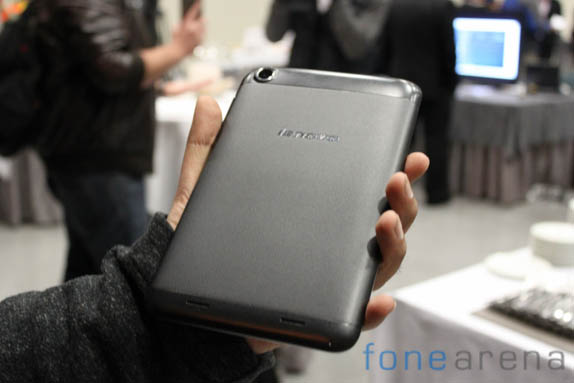 There’s support for micro SD cards with up to 64GB cards being officially supported while the lower end A1000  maxes out at 32GB. 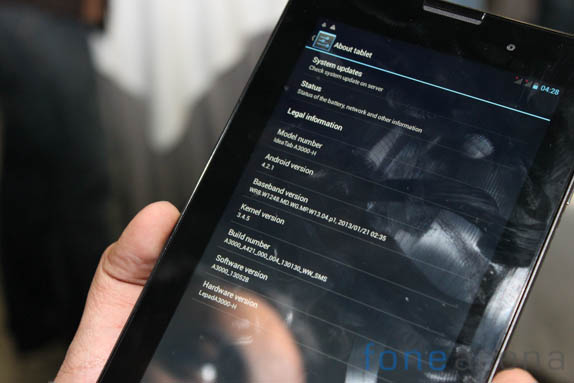 A camera of unknown resolution is located at the back of the tablet. A front facing camera is also present for video calls. The tablet running Android 4.2.1 looks like a solid competitor to the Nexus 7 in the ultra budget category. Expect the Lenovo A3000 to hit retail in Quarter 2.