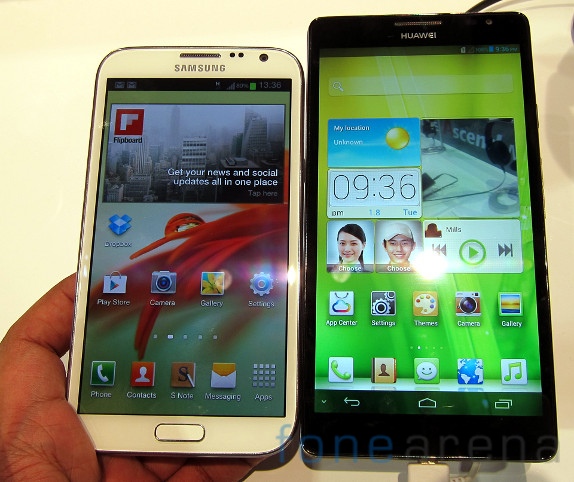 Huawei unveiled the Ascend Mate at the CES 2013 with a 6.1-inch screen, larger than the Samsung Galaxy Note 2. We got you the hands-on video and the photo gallery of the Ascend Mate recently, and we decided to do a hands-on comparison between these devices to show you the size difference. 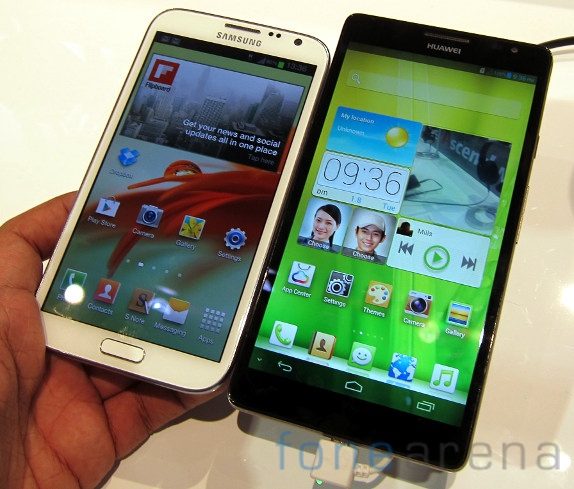 The Ascend Mate is definitely larger with a 6.1-inch (1280 x 720 pixels) HD IPS+ display, while the Samsung Galaxy Note 2 comes with a 5.5-inch (1,280 x 720 pixels) HD Super AMOLED display. The Ascend Mate has a 1MP HD front-facing camera, while the Note 2 comes with a 1.9 Megapixel VT Camera. Both these phones are powered by their own quad-core processors. Huawei uses their 1.5 GHz quad-core Hi-Silicon K3V2 processor, while the Note 2 packs a 1.6 GHz quad-core Exynos processor. 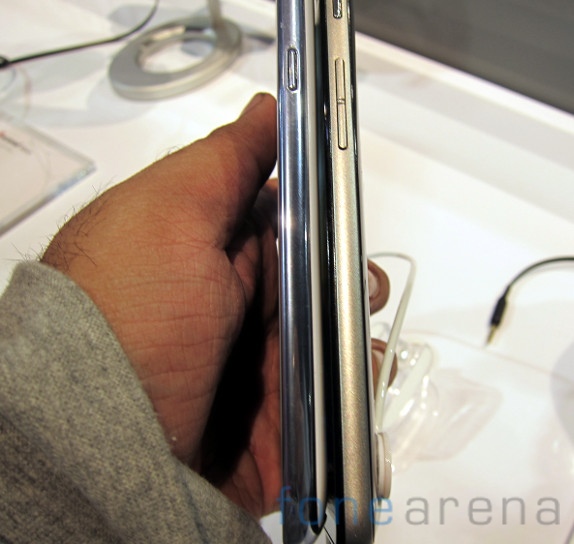 The Note 2 slightly thinner than the Ascend Mate at 9.4 mm and lighter at 180 grams. The Ascend Mate measures 9.9mm thick and weighs 198 grams. 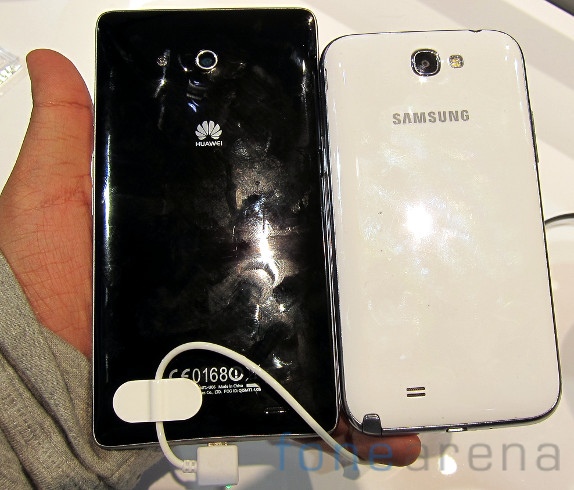