When Nokia launched the Lumia 610 a few months back, we felt that it was a very good device to enter into the Windows Phone world but still just a bit more pricey than expected.With the Lumia 510, Nokia brings the Lumia range to a totally new and very budget friendly category of phones. 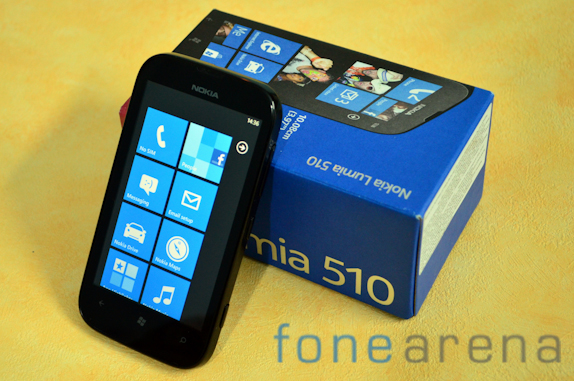 The phone priced at under Rs. 9,999 is the cheapest way to get your hands on a Windows Phone device. The Lumia 510 provides an experience very similar to much higher priced devices in the Windows Phone segment at a fraction of the cost while making some compromises. Read on to find out what we think about the Nokia Lumia 510.

The Nokia Lumia 510 ships in a box very similar to the higher end variants in the Lumia range. The blue bio-degradable box ships with a minimal range of accessories.

The Lumia 510 follows the design direction adopted by Nokia for the Lumia 610 and 710. Eschewing the  unibody polycarbonate design of the higher end devices, the 510 has a soft touch texture on the back panel. 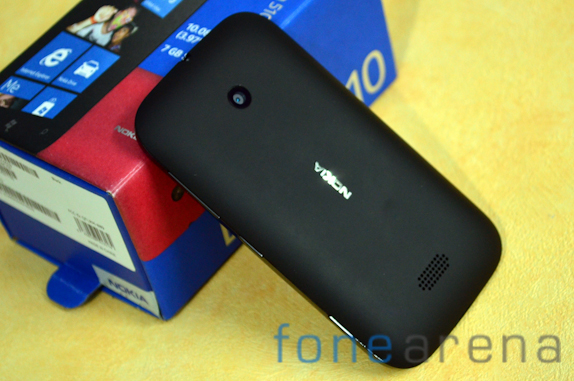 The gentle curve of the back of the phone is a joy to hold and is very sturdy too. The front of the 510 follows the design principles of the Lumia 610 and 710 but is different enough to not cause confusion. There’s a 5MP camera with auto focus but no LED flash. A speaker grille can be found towards the bottom of the phone. 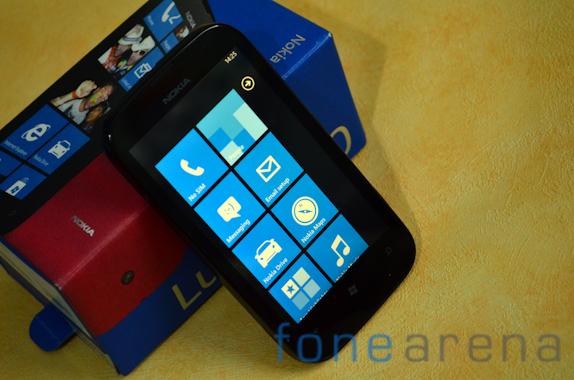 The glossy front houses a large 4″ screen with a WVGA resolution with capacitive buttons located right below it. Above the display is a proximity sensor. There is no front facing camera on the Lumia 510. 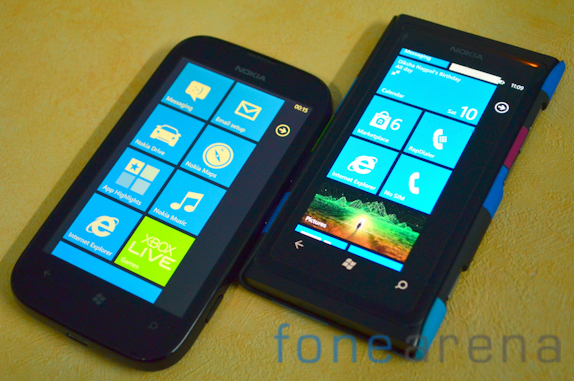 The screen itself suports 65,536 colors and is not the brightest or most vibrant display around but you’d be hard pressed to find something significantly better at this price point. Worth keeping in mind that this LCD screen is actually bigger than the Lumia 800’s 3.7″ panel though actual quality is obviously not as good. 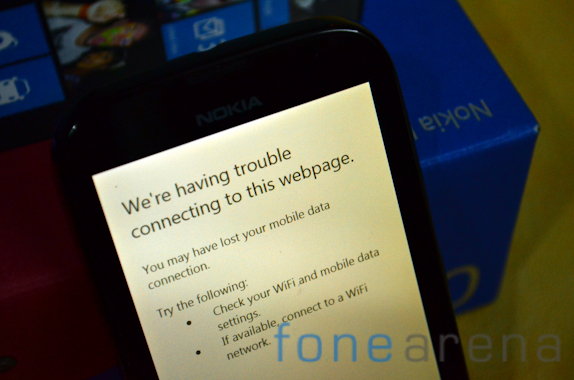 The screen has a slight yellow tinge to it and outdoor visibility isn’t all that great. Viewing angles aren’t particularly impressive either. 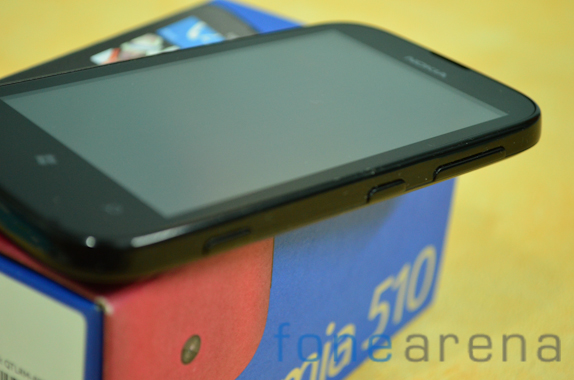 The right side of the phone has the volume rocker, power key and a two stage camera key. Tactile feedback is quite good though we felt that the camera key was placed a bit too low however this really comes down to personal preference. 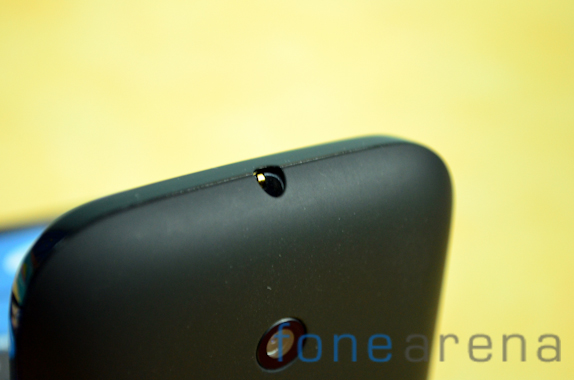 The top of the phone has a 3.5mm jack while the microUSB port can be found at the bottom of the Lumia 510.The left side is bereft of any ports and maintains a clean profile. 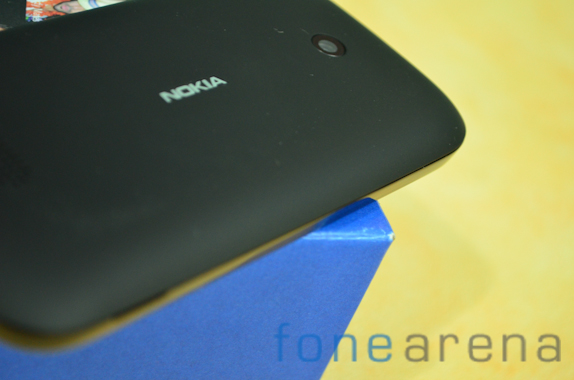 Over all the Lumia 510 maintains the high standards of build quality that Nokia is known for. Very comfortable to hold, the phone easily slips into a shirt or jeans pocket. The only issue we had was with the fingerprint prone nature of the materials used. It is difficult to keep the Lumia  510 free of smudges even on the soft touch back cover.

Powered by a 800Mhz Cortex A5 MSM7227A Snapdragon processor, Windows Phone 7.5 is extremely smooth on the hardware. Start using a lot of apps and the constraints of the processor and the very limited 256MB of RAM start showing up. 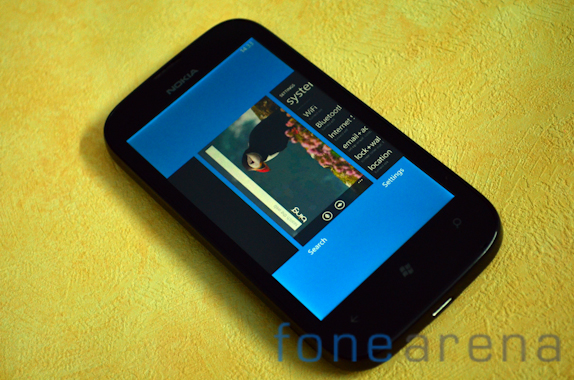 Beyond the occasionally choppy UI, everything takes a second or two longer than expected and it all adds up. Its not unmanageable but you can feel the hardware struggling to keep up. A result of reducing the minimum hardware specs required is that a long list of applications are just not compatible with the phone. 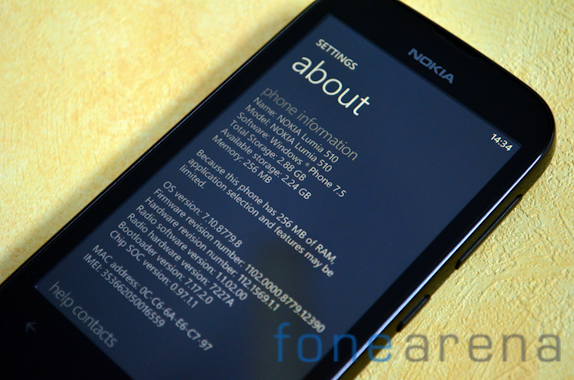 A  major issue and what we suspect might be a dealbreaker for a lot of you is the extremely limited 4GB of internal storage. Of this just about 2.5 GB is available which is nearly not enough to store your music, photos and videos onboard. The lack of microSD expansion means that you are stuck with the paltry amount of storage. No, we don’t think cloud streaming is an ideal solution for the problem. 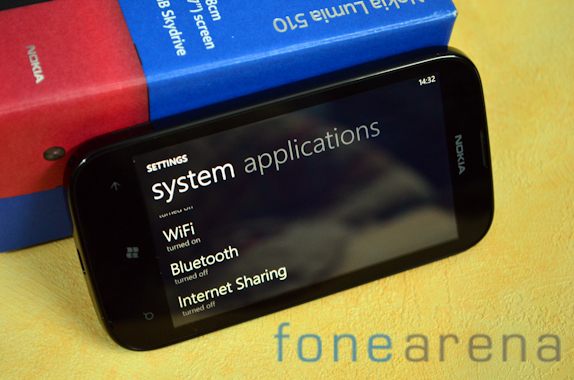 Connectivity wise you get the standard Bluetooth 2.1, WiFi b/g/n and HSDPA at 7.2Mbps. Compared to the just launched Windows Phone 8, the phone does not support the Bluetooth OBEX protocol to transfer files. Additionally, you will still need Zune to transfer music and photos as WP 7.5 does not support MTP based Mass Storage Mode. 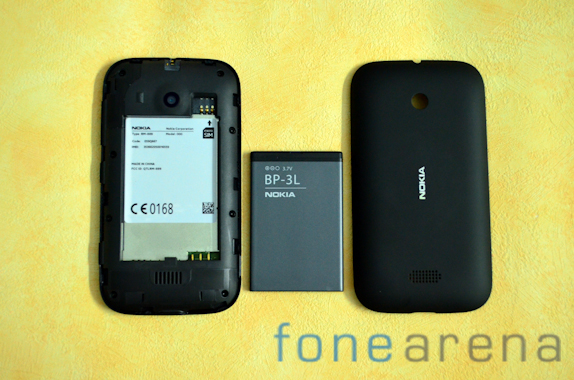 We managed to get through a work day with moderate usage with a lot of music listening and web browsing, social interaction involved. You’ll need to charge the phone daily.

As mentioned above, the Lumia 510 is equipped with a 5MP Auto Focus camera. There’s no LED flash here so you won’t be able to take images in particularly dark conditions. 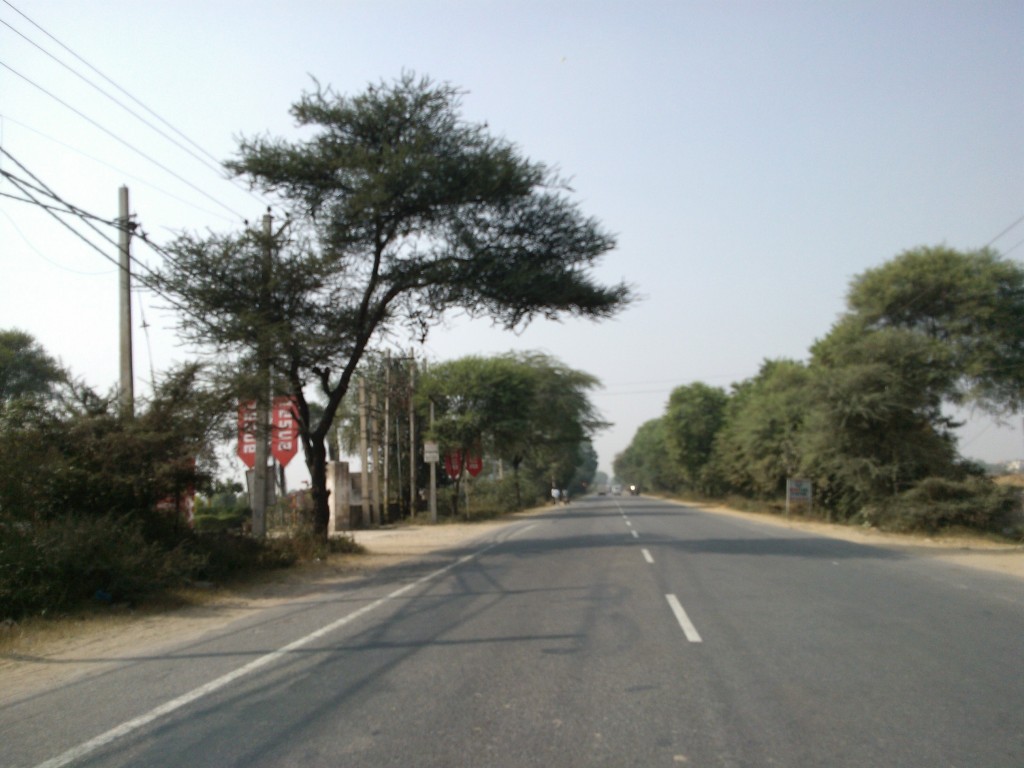 Shots are quite decent in well lit conditions but the phone does struggle with white balance. Low light shots are quite noisy and details tend to get washed out. Macro performance was below average unfortunately. 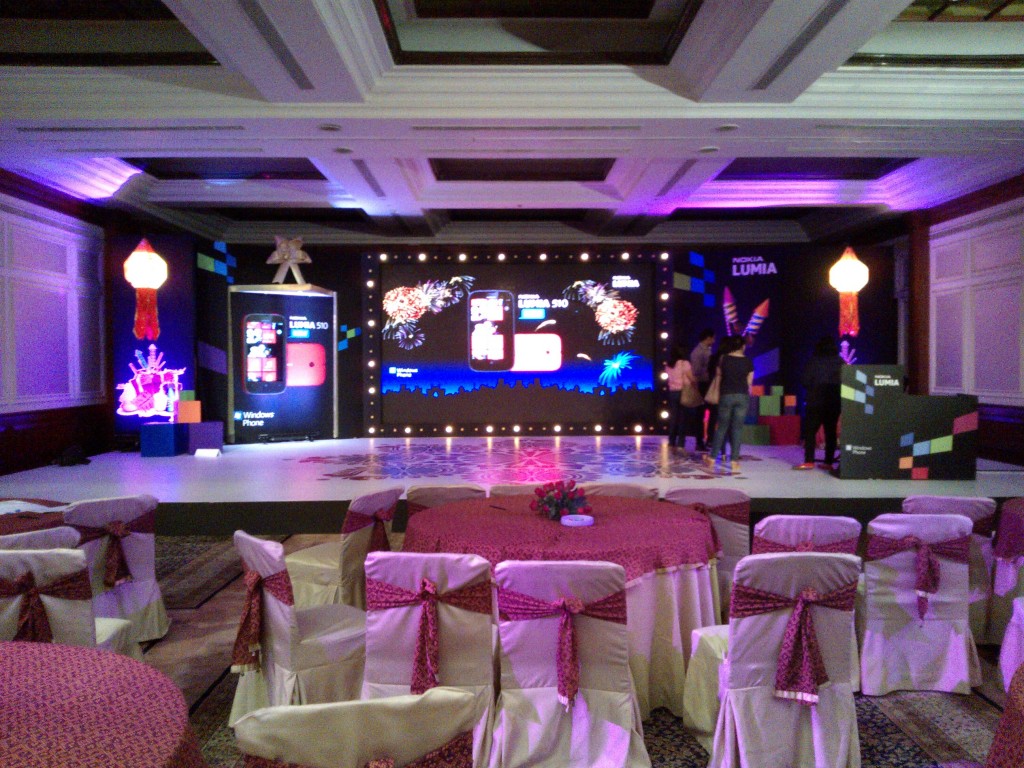 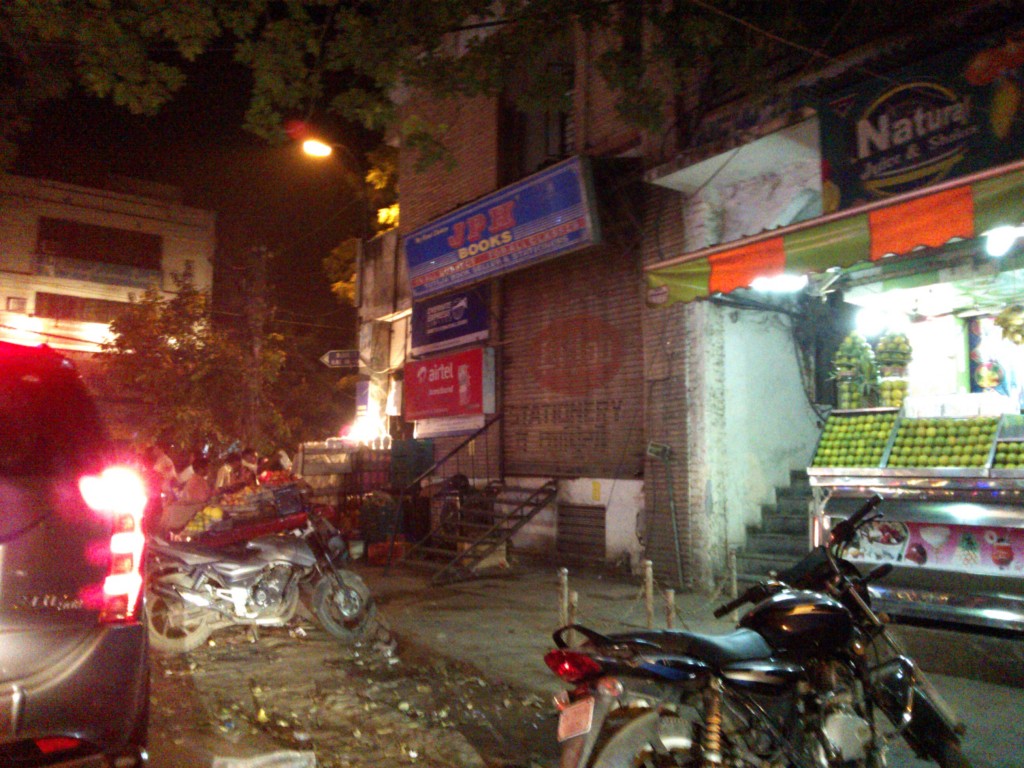 The Lumia 510 runs Windows Phone 7.5 and will receive an upgrade to WP 7.8 when it rolls out. The OS itself remains uniformly clean across the entire range of Windows Phone handsets with the differentiators here being Nokia’s Lumia specific apps. 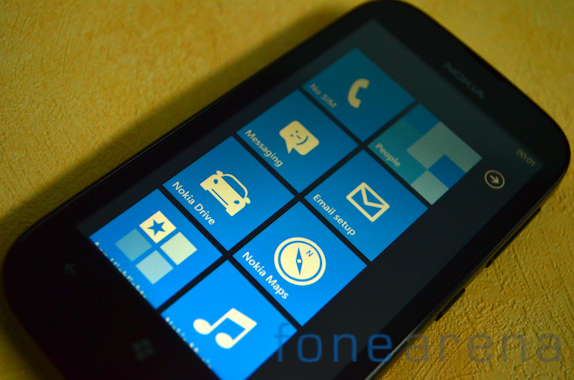 The UI is very clean and employs larger tiles to provide widget like functionality. We feel that the Windows Phone interface provides a close to perfect solution by combining the intuitiveness of iOS and the widget functionality of Android. 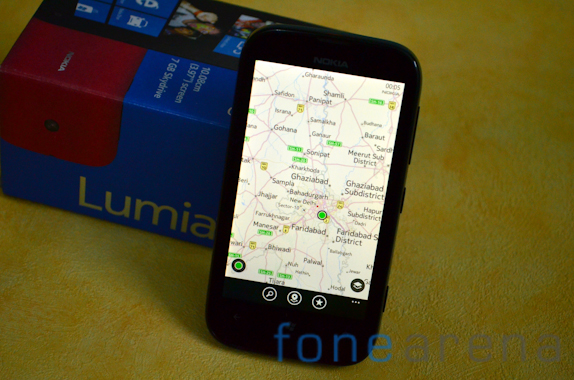 You get Nokia’s Lumia specific apps like Nokia Maps, Nokia Drive and 3 months of free Nokia Music subscription with the phone. A range of applications like TuneIn Radio and CNN are preinstalled as well but these are dependent on the region. Nokia Maps is arguably the best turn by turn voice navigation mapping service across platforms and like all other Nokia devices, the Lumia 510 too gets in on the action by bundling this in. As we’ve previously mentioned, the service supports about a 100 countries and is definitely a value addition to the software package. 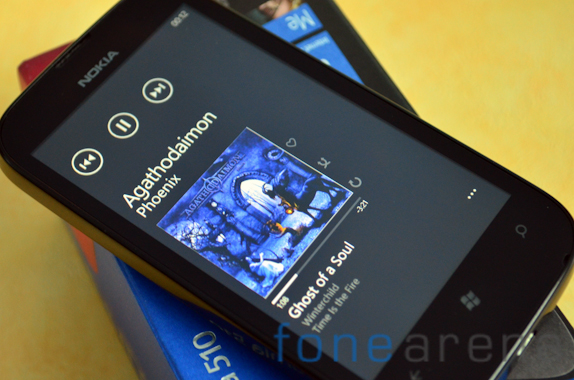 On the multimedia front, the phone is tied down to Zune which can be a boon as it ensures that any and all media you load up on the phone will play. By itself, the phone supports MP3, WMA, WMV and H.264 files but Zune can automatically transcode any incompatible file while syncing with the phone. Video playback up to 720p works fine though very high bit rate content does make the phone stutter.

The Lumia 510 makes for a very affordable and high quality introduction to the Windows Phone ecosystem albeit with a few compromises. The slower hardware and especially the  extremely limited amount of storage are potential dealbreakers. We’d recommend spending a bit more and going for the Lumia 710 instead which’ll give you faster hardware and more storage to play with. 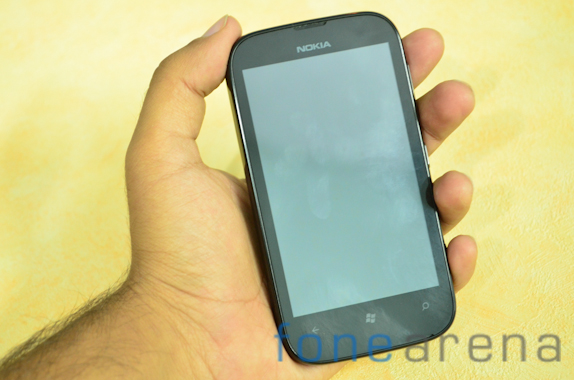 Get this over a comparably priced Android device if you want superior build quality and a smooth OS. If you are an app junkie then you’ll be better served by something else.