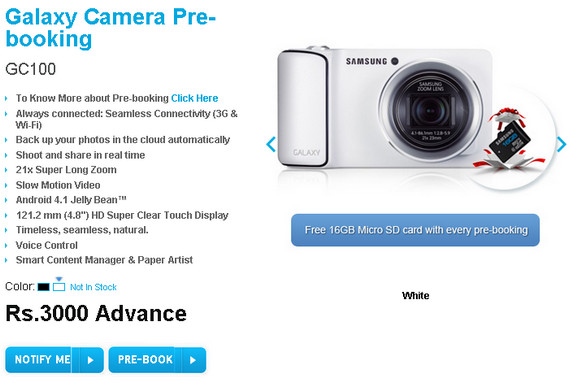 Samsung India has started accepting pre-bookings for its upcoming Galaxy Camera on the company’s eStore. This interesting device is basically a point and shoot camera running Android 4.1 Jelly Bean and packs 3G and WiFi connectivity. It has a massive 4.8 inch display  and 21x zoom.One cannot make calls from this device though. Samsung had previously told FoneArena that the Galaxy Camera would be launched during Diwali and looks like this Android based Camera will be going on sale soon.

I would have surely considered pre-booking this killer camera running Android if Samsung had released the pricing but I’m going to wait for official announcement now. If you still want one desperately on launch day. You can head to the link below and pay Rs.3000 to reserve one. Users who pre-book will be getting a free 16GB microSD card along with the device. Looks like both white and black version of the camera are going to come to India. No info about the final pricing or exact launch date but we can expect this to be priced around the  Rs.30000 mark.

Watch the video below for a quick look at the device.

Check out our massive photo gallery of the Samsung Galaxy Camera 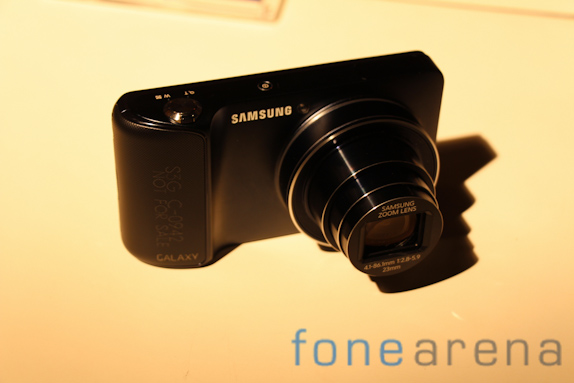 Thanks to Ankur Sharma for the tip !