T-Mobile and Nokia just announced the Lumia 810 which will be an exclusive on the network. Featuring a 4.3″ OLED WVGA Clear Black display, 8MP camera with Carl Zeiss optics and exchangeable back covers, the phone is identical to the Lumia 820 in terms of hardware but supports 4G on T-Mobile and has the carrier branding on the top-left. 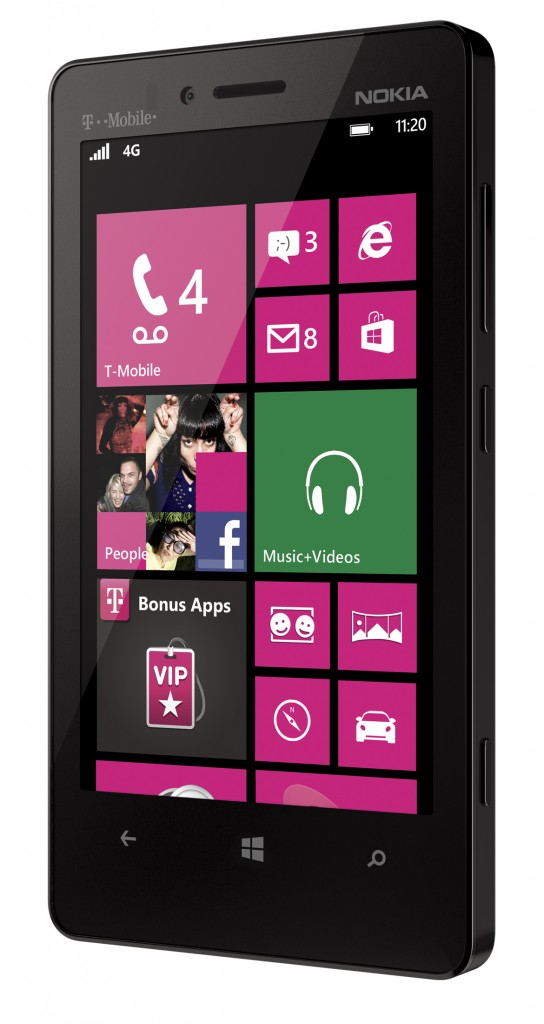 T-Mobile will be offering exchangeable shells in cyan and black for the upcoming handset to facilitate wireless charging. The Windows Phone 8 running handset will come with Lumia exclusive features like Nokia Music which features curated playlists and offers offline music playback for free. Offline navigation via Nokia Drive is also a major selling point for Nokia’s Lumia range of smartphones. The Nokia Lumia 810 is expected to be available in the next few weeks.  Microsoft is planning to launch Windows Phone 8 on October 29th in USA and may have some events in other parts of the world as well. AT&T has also announced that it is getting the Nokia Lumia 920 and 820 by November. Still no word on the exact pricing and availability. Nokia is betting big on the US market with Windows Phone 8 devices for both AT&T and T-Mobile. It has still not announced any handsets for Verizon which is the largest carrier.  May be we should wait for October 29th ?