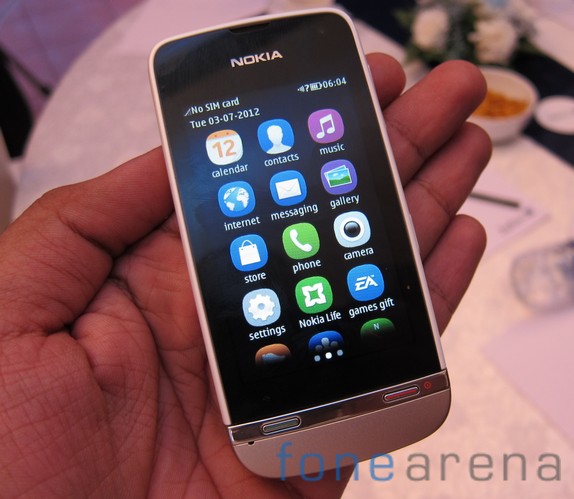 Nokia has finally launched the most expected Asha 311, their first full-touch Series 40 phone in India. It was announced in June and has 3.0-inch (240 x 320 pixels), capacitive touch screen Polarized display for better readability in sunlight, 1GHz processor and comes with 3G support. It has 3.2 MP camera and runs on S40 Asha OS with Swipe interface. It is 12.9 mm thick and weighs 95g. Nokia has also launched the Asha 305 officially, that went on sale in India last month.

It has pre-loaded Angry Birds game, Facebook and twitter social apps and also comes with 40 Free EA games such as Tetris, Bejeweled, Need for Speed The Run and Fifa 2012.  It also has Nokia Maps, DRM-free Nokia Music with over 45 lakh songs.