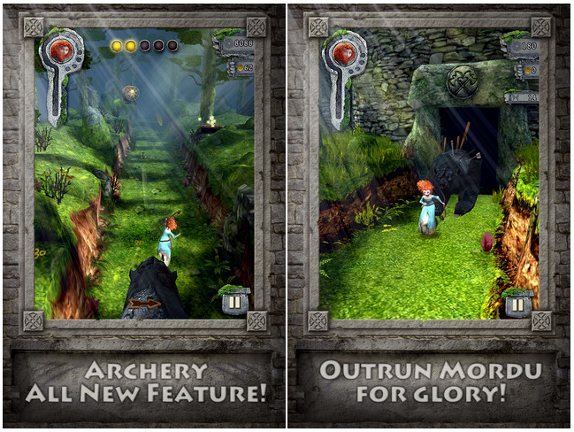 Imangi who gave us the most popular Temple Run game has launched Temple Run: Brave a new game in partnership with Disney/Pixar. This game would let you Play Temple Run and shoot arrows as Merida in the beautiful world of Disney Pixar’s movie Brave.

It has a new Archery feature that would let you tap targets to shoot a bullseye and earn extra coins. It has  new environments inspired by Disney/Pixar Brave and the wilds of Scotland. Instead of Monkeys, you need to outrun Mordu, the demon bear, to earn running glory. You would also get 2500 coins for power-ups for free.

Download Temple Run: Brave for Android from the Google Play Store and for the iPhone and iPad from the Apple iTunes Store for $0.99.