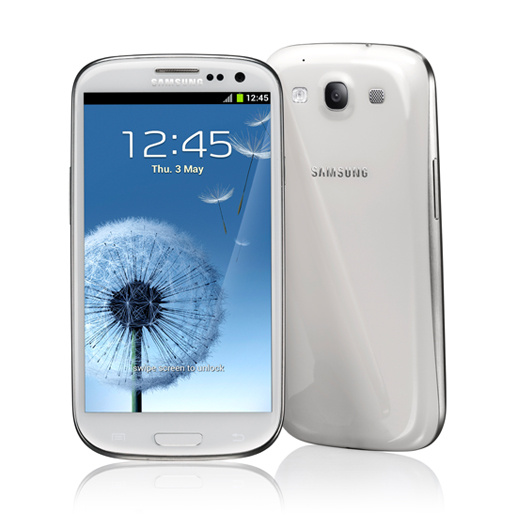 Samsung has launched the Galaxy S III in India. Samsung unveiled the Galaxy S III earlier this month at an Event in London and the pre-booking started in India on Samsung eStore couple of weeks back. The Galaxy S III packs in 4.8 inch (720 x 1280 pixels) Super AMOLED display, 1.4GHz Quad-Core processor and runs on Android 4.0 (Ice Cream Sandwich). It has 8MP auto focus camera with LED flash and 1.9MP front facing camera with HD recording at 30fps and face recognition.

It has some unique features including S Voice, S Beam, AllShare Play, All Share Cast, Pop up play, Best photo and more. The My Movies app enables the users access to hundreds of Indian movies, trailers and film songs. The My Music lets you Download English and Bollywood song. The My Reader app offers Indian newspapers, magazines and over 3 million books including audio books. The My Station app lets users to watch live concerts, performance and videos in real time.

The Samsung Galaxy S III comes in Marble White color and is priced at an MRP of Rs. 43,180.It comes with 3GB of free data for 2 months for Vodafone customers valid till 31st August. The Pebble Blue color would be available from next week.

Check out our exclusive Unboxing, Photo Gallery and Video Overview of the Galaxy S III.