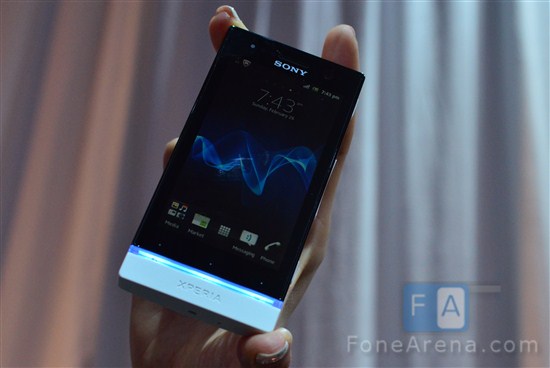 Sony Xperia U is now available for pre-order in India from online retailer Flipkart. It is a part of NXT series that was announced at MWC 2012 and unveiled in India this April. It has 3.5-inch Reality Display with Mobile BRAVIA Engine and is powered by 1 GHz dual-core processor. It runs on Android 2.3 (Gingerbread) and is upgradable to Android 4.0 (Ice Cream Sandwich). It has 5MP camera with LED Flash, 720p HD video recording and  VGA Front-facing camera.

It is NFC enabled and has changable colour caps at the bottom of the phone. The transparent element illuminates to match the colour of photos viewed in the gallery or the album art of music tracks currently playing.

The Sony Xperia U is now on pre-order from Flipkart for  Rs. 17,399. It is expected to ship starting 10th May. Check out our Sony Xperia U photo gallery and hand-on from MWC 2012.

[Update: Looks like Flipkart has changed the price to Rs. 17,399 similar to Letsbuy that is also taking pre-orders for the phone. ]