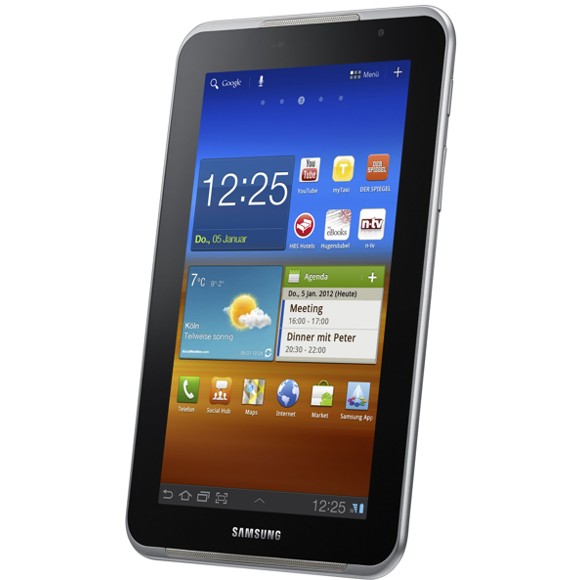 If you live in Germany then I have got a good news for you. Samsung has officially announced the Samsung Galaxy Tab 7.0 Plus N for Germany, and the design of the tablet is different from the original version launched by T-Mobile USA because of the Apple/Samsung patent war, and Samsung had to remake a new version to bypass Apple’s design patent.

It will be available in Germany starting this month in two beautiful colors; pure white and metallic gray. You will be able to get the Wi-Fi-only version for €499 , whereas the 3G one will cost you €569.

So German readers, are you planning to grab one later this month?