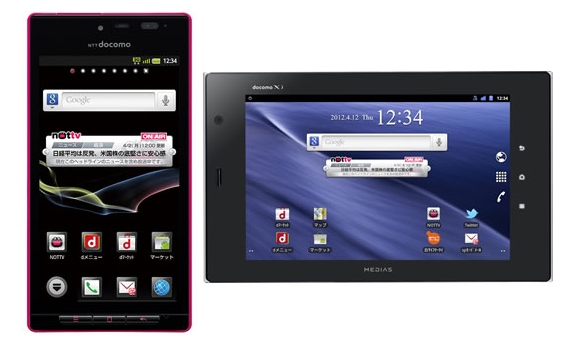 The MEDIAS TAB N-06D is 9.9mm thin and is said to be the world’s thinnest waterproof tablet. It weighs 350g. It has 2MP back and front cameras, 32GB expandable memory support.

The AQUOS PHONE SH-06D comes in Magenta Red, White and Blue Black colors and the MEDIAS TAB N-06D comes in Silver color. The smartphone and the tablet are expected to be available in Japan in March and April respectively.