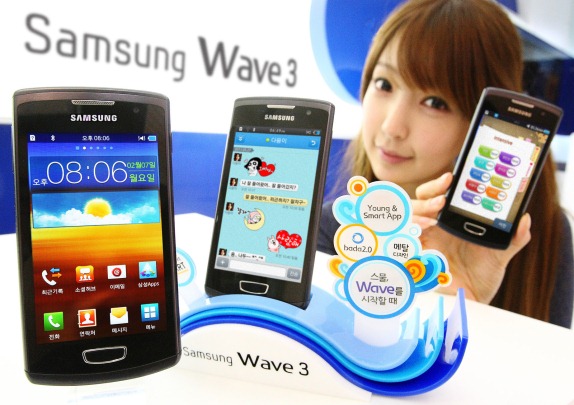 Samsung has launched their new Wave 3 Bada phone in Korea. It was unveiled at IFA 2011 in September 2011. This phone has 4 inch (800 x 480 pixels) AMOLED touch screen display and runs on the latest Bada 2.0 OS. It is powered by 1.4GHz Processor and comes with 5 MP Auto focus camera with LED Flash, 702p HD video recording and secondary VGA camera.

The connectivity features includes, 3G, Bluetooth 3.0, Wi-Fi a/b/g/n/ Direct, T-DMB. Other features include, 3GB internal memory that is expandable up to 32GB with MicroSD and 1,500mAh battery. 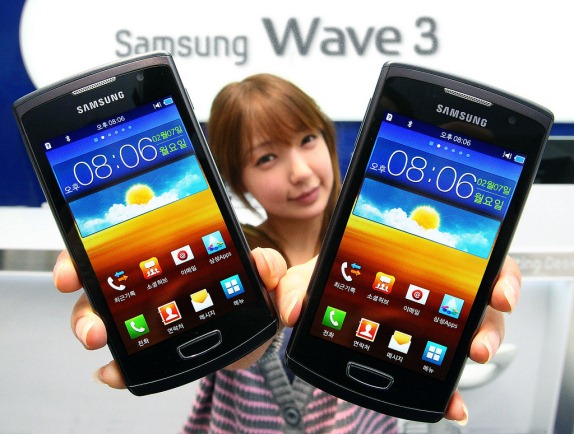 This would also come with ChatON IM app pre-installed and has the new version of Samsung Apps, Living essential widgets, SNS apps, e-mail and enhanced usability, such as social hubs. It is price at 40,0000 South Korean Won and would be available from Korea Telecom (KT).