We all have been hearing about the quadcore Exynos which might feature in the Samsung Galaxy S III, Samsung mentioned in their earnings call today that currently they are sampling the Exynos 5250 SoC and will probably start the mass production for their devices from Q2 2012 on wards if everything goes right. 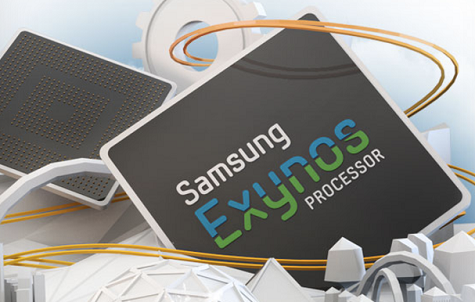 The quadcore SoC from Samsung does sound great but according to me the dual-core Exynos 5250 with two Cortex – A 15 chips clocked at 2 GHz sounds more interesting and powerful. The SoC also supports  WQXGA which is a resolution of around 2560×1600. They are also saying that this beast will have four times superioe graphics compared to the Cortex A9 SoC currently available in the market. Now this really sounds very exciting.

Well we clearly have to wait for some time to see these in device, maybe in Q3 we will be seeing some Samsung tablets equipped with this  SoC, they have also mentioned that not only the tablets but also the smartphones will be featuring this powerful SoC. I am sure there will be a head on battle between Samsung and Qualcomm who will be coming up with the Krait based devices. Qualcomm had a really bad 2011, but their krait powered 2.5 GHz SoC look really great which will also be going into production around the same time. So let the battle of the beasts begin.