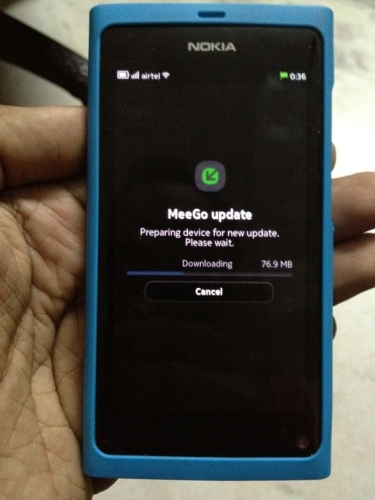 You can  go to Settings->Applications->Manage Applications->check for updates to see if your device has any updates as the update might be rolled in a phased manner. Our Nokia N9 which is from Singapore did not show any updates yesterday but is showing the update today. The OTA update is around 200MB and for those who don’t cant find it ,an alternative solution would be to use the Nokia Software updater which seems to work around the globe. The only gripe about using the Nokia software updater is that you have download over 1GB of updates compared to the smaller OTA update.

Here is the official change log for the software update

Here is a video from Nokia support about the process. Pretty much sums it up the process.