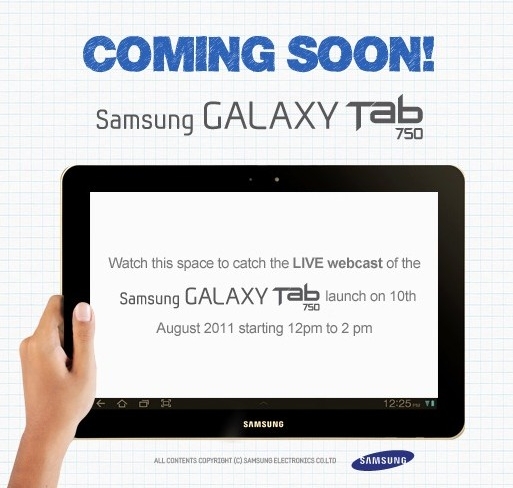 Samsung is launching the Galaxy Tab 750 in India on August 10th coming Wednesday in New Delhi.  This is actually the Galaxy Tab 10.1 which got a redesign after it was launched at MWC

The tablet does look very attractive and Samsung claims is thinner than the iPad2. It runs on Android 3 Honeycomb and is powered by a 1GHz Dual Core CPU. There should be a live stream of the launch event at the link below on August 10th. Do check it out if you are planning to get one. I’m actually liking the TouchWiz UI and Widgets on this device from what I have seen so far.  Pricing is expected to be around Rs.35000-40000 considering even the 7 inch Tablet was priced at Rs.38000 last year. We are not sure if the 8.9 inch version of the device will also be launched in India.