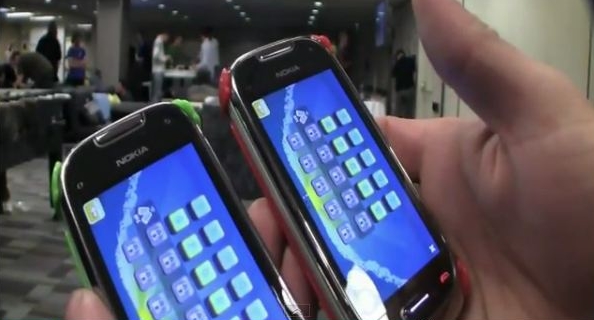 It utilises the NFC functionality to help users interact with other people and objects. The phone in the video shows a Nokia C7 which has the NFC chip enabled thanks to Symbian Anna.

The game is very exciting and users can unlock new levels by syncing with another device. Soon the Nokia C7’s will come pre-loaded with Angry Birds Magic.