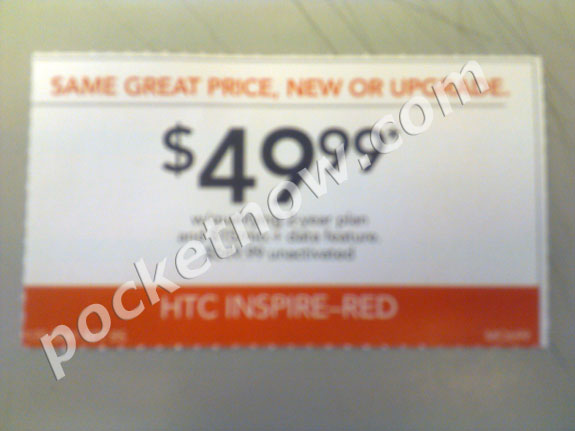 AT&T recently launched HTC Inspire 4G, which is their first ever 4G device from HTC and it’s currently available for purchase. You may know that Apple launched White iPhone 4 and Samsung also launched White Nexus S, and both Nexus S and iPhone 4 primary models comes in black color, but that doesn’t mean every company likes white as their secondary color. Well, I don’t know about others but that’s what HTC thinks. Recently, HTC Inspire 4G was leaked in red color (image below) and now it looks like it’s headed to RadioShack. RadioShack is already offering Black Inspire 4G for $49.99, and PocketNow got their hands on an leaked image, which is showing that RadioShack will also offer the red version for same price with 2-yr contract. They are further reporting that RadioShack will launch it next week. 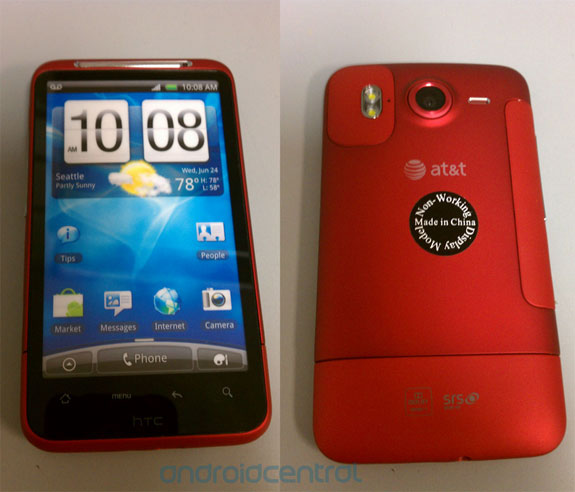 So AT&T folks, if you want a Red Inspire 4G then don’t forget to check your nearby RadioShack store next week. So anyone getting it?