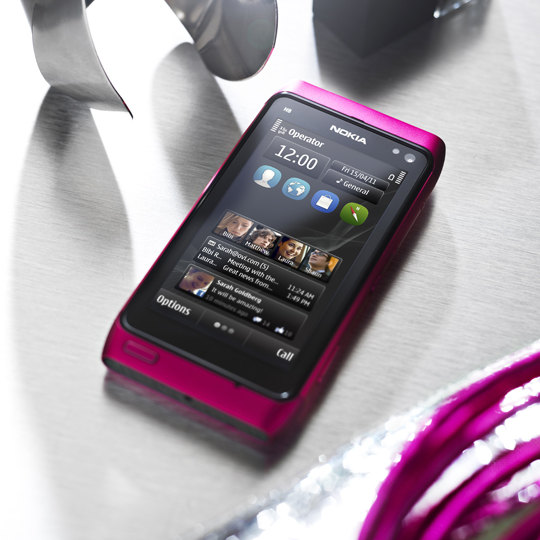 Few weeks back, there were reports that Nokia would launch Nokia N8 in pink color. Now, Nokia has officially announced the pink colored Nokia N8. This phone seems to be running the recently announced Symbian Anna OS looking at the new icons on the home-screen.

Only the color of the phone differs from others and the specs of like 12MP auto focus camera with xenon flash, 3.5 inch AMOLED capacitive touchscreen, 1200 mAh and other features remains the same.

Following the fantastic response to the range of colors we launched for the Nokia N8, it seemed a natural step to extend this choice. The Nokia N8 in pink complements the original line up well with its expressive, intense hue. 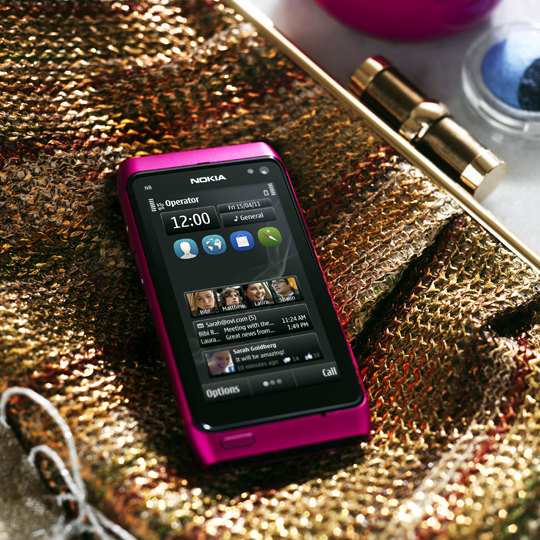 Nokia N8 is already available in Silver White, Dark Grey, Green, Blue and Orange. I am sure this pink colored Nokia N8 will definitely attract lot of women (and also some men). There is no official announcement about the availability of the device in the market.