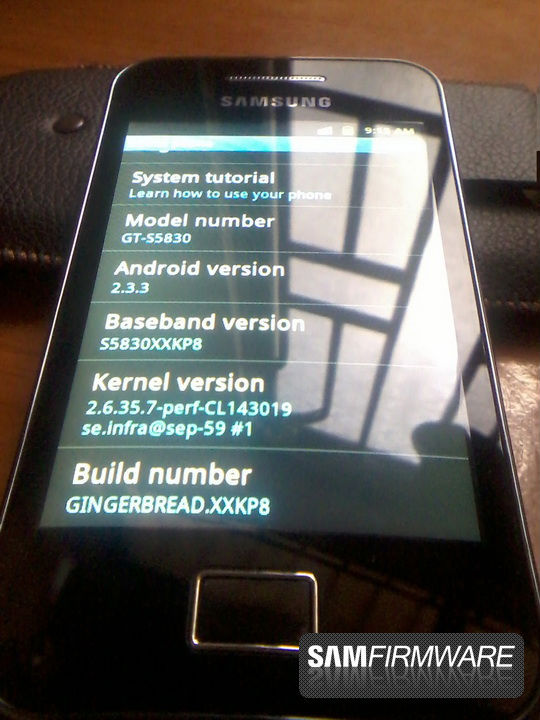 The Android 2.3.3 Ginger bread ROM for Samsung Galaxy Ace (S5830) has been leaked. This is the European version of ROM. Images of Galaxy Ace were leaked earlier this year. Later this phone was officially launched in India last month.

This is one of the popular mid range Android smartphone in recent times that comes with Android 2.2 (FroYo) and has 3.5 inch touch screen, 800 MHz processor and 5MP camera. There is no announcement from the Samsung regarding the official Gingerbread update for this device.

If you don’t want to wait for the official update via Samsung Kies, download the leaked Gingerbread ROM at your own risk.