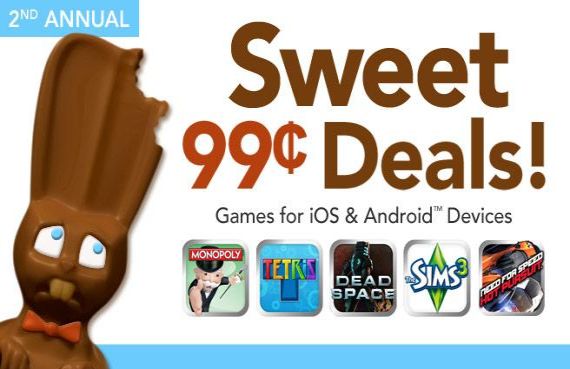 American video game developer Electronic Arts has started their deal of the year offering iOS and Android games for just 0.99 cents each. This is their 2nd annual deal, in which they offer deals on more than 30 games.

This is a limited period sale so head grab this offer before it ends. Checkout the list of games on EA mobile site.