MediaTek recently introduced its flagship Dimensity 9000 SoC last month, and today at an event in China, it has confirmed that smartphone brands, including OPPO, vivo, Xiaomi and HONOR will release their flagship smartphones powered by the chip in the first quarter of next year. 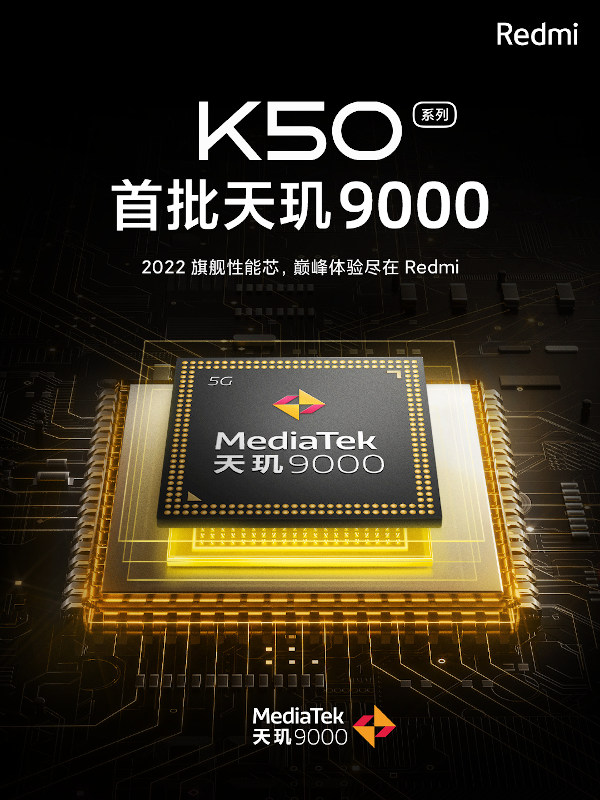 Xiaomi’s Redmi brand said that it will release Redmi K50 series phone powered by the Dimensity 9000 soon. Based on rumours, Redmi K50 Gaming Edition will be powered by the flagship MediaTek chip, and the model number of the phone could be 21121210C.

Based on earlier rumours, the Redmi K50 series will use a range of SoCs including Snapdragon 870, Snapdragon 8 Gen 1, Dimensity 7000 and Dimensity 9000depending on the model.

With the overall improvements that the Dimensity 9000 platform brings to the table, and being an indispensable part of our Redmi K50 series, users can expect to see a noticeable, upgraded performance in our upcoming devices.

OPPO said that its flagship Find X series be powered by the Dimensity 9000 SoC, a first for the Find X series, and this should be the Find X4 series. OPPO introduced its MariSilicon X NPU earlier this week and confirmed that it will debut in the Find X Series in Q1 2022.

Even vivo and HONOR confirmed that it will use the chip in their flagship phones, but they have not confirmed the model.

OPPO has long maintained a close relationship with MediaTek. I am excited to share that the next Find X flagship will be the first to be launched with the Dimensity 9000 flagship platform. This is a premium device that brings together so many cutting-edge features in one device, and we know users will be impressed with its breakthrough performance and outstanding energy efficiency.

vivo has always highly valued its partnership with MediaTek. In 2022, we look forward to continuing to work closely with MediaTek to launch vivo’s first product powered by Dimensity 9000 flagship chip. 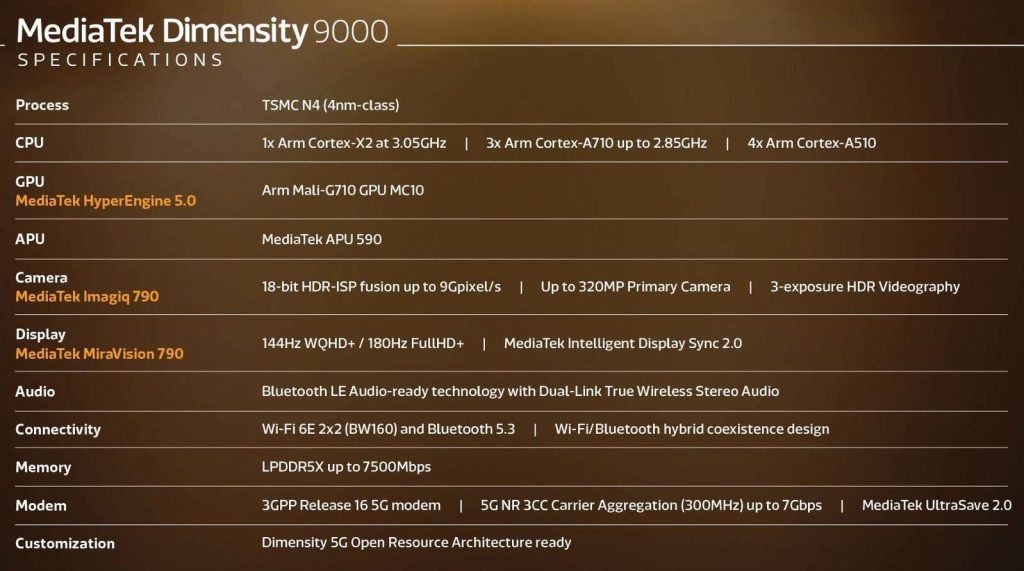 To remind you,  the Dimensity 9000 uses TMSC N4 (4nm-class) production process, integrates Armv9 CPU architecture and the Octa-Core CPU has one ultra Cortex-X2 core operating at up to 3.05GHz, three performance A710 cores operating at up to 2.85GHz and four efficiency Cortex-A510 cores. It has integrated LPDDR5X supporting up to 7500Mbps, along with an 8MB L3 cache and 6MB system cache.

We should know more details about the launch of these phones from the OEMs sometime in January, since the first products are expected only in February 2022.