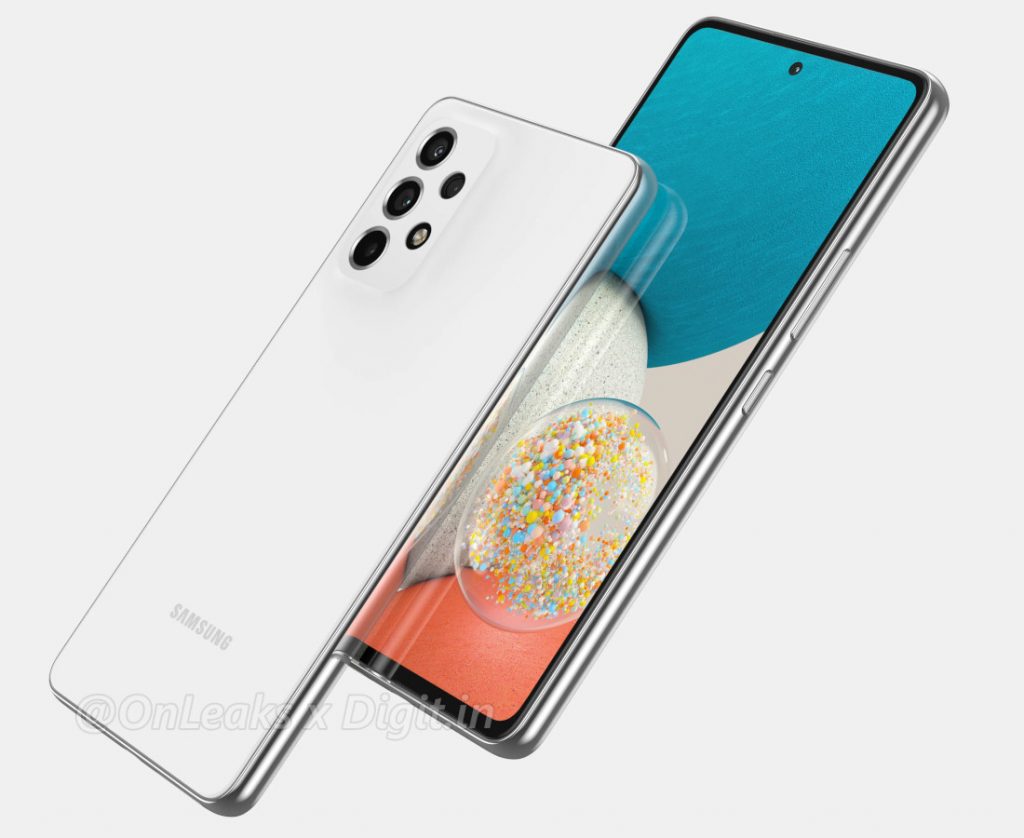 First CAD-based renders of the upcoming Samsung Galaxy A53 5G have surfaced, thanks to @OnLeaks. This shows a similar flat AMOLED screen as the Galaxy A52 series, but the renders show a less prominent camera bump. However, it is still expected to stick with quad rear cameras.

The Galaxy A53 is said to measure 8.14~9.73mm (including the rear camera bump), so it will be slightly thinner than the Galaxy A52. Even though the display size is not revealed yet, an early leak revealed 120Hz refresh rate AMOLED screen, same as the A52 5G / A52s 5G. It should feature an in-display fingerprint scanner. 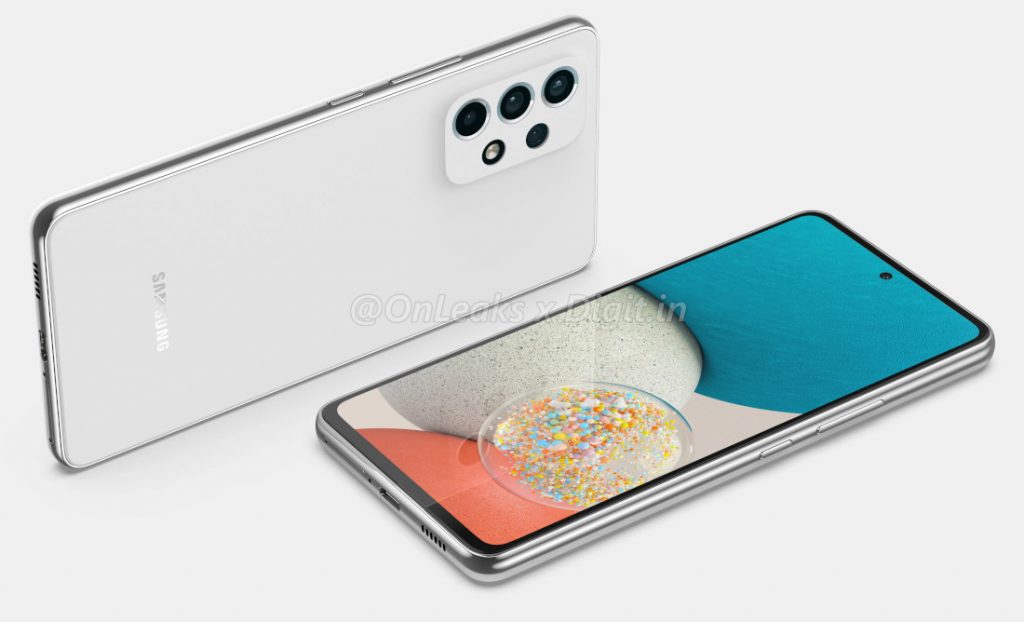 Even though the design looks similar, the phone is said to lack the 3.5mm audio jack which was present in the A52 series. The image also shows a flat back panel which doesn’t curve around the edges. Earlier rumours revealed a 64-megapixel main camera.

Samsung is not expected to release a 4G version of the phone. The Samsung Galaxy A53 is expected to be introduced sometime in Q1, 2022. We can also expect the A73 as well as the successor to the A72. We still don’t have the processor and battery details yet, which we should know in the coming months.