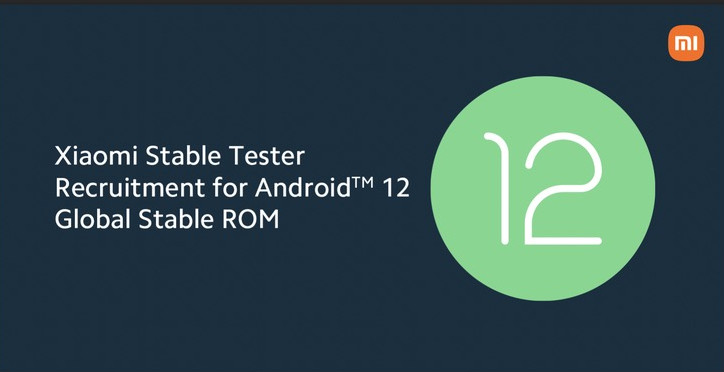 It’s that time of the year, again! Android 12 Stable release for Pixel devices is just around the corner, and Android OEMs have started announcing the next iterations of their proprietary UI. Earlier this month, OPPO announced ColorOS 12, and also released a detailed roll-out plan for OPPO and OnePlus devices. Now, Xiaomi has gone a step ahead, and announced the Android 12 Stable testing program for Mi 11 series devices.

Xiaomi, similar to other Android  OEMs, has a tradition of involving community members in software testing. Such programs are meant for the users who don’t mind compromising a bit on system stability, and performance for the latest software and features.

Xiaomi is accepting applications only from MIUI Global Stable ROM users, so Indian users should not apply for the program as of now. We can expect Xiaomi to announce the program for Indian users in the coming weeks. To those unaware, out of the above-mentioned devices, Mi 11 Ultra, and Mi 11i are available in India. Though, Mi 11i carries a different name in the region- Mi 11X Pro.

The company plans to recruit 200 testers on a first come first serve basis for each of the above-mentioned devices. However, it would have been nice had Xiaomi kept the program open for all enthusiasts rather than limiting it to just 200 consumers. You can head over to this link to fill out the application form in case you own any of the above-mentioned devices. Users are supposed to install an instant messenger Telegram and join the group to discuss bugs with other testers.

We can expect the company to soon roll out Android 12 Stable update for these devices in the coming weeks since it is going to commence the testing program soon. We will update our readers as soon as Android 12 testing program is announced for a Xiaomi device that is available in India.