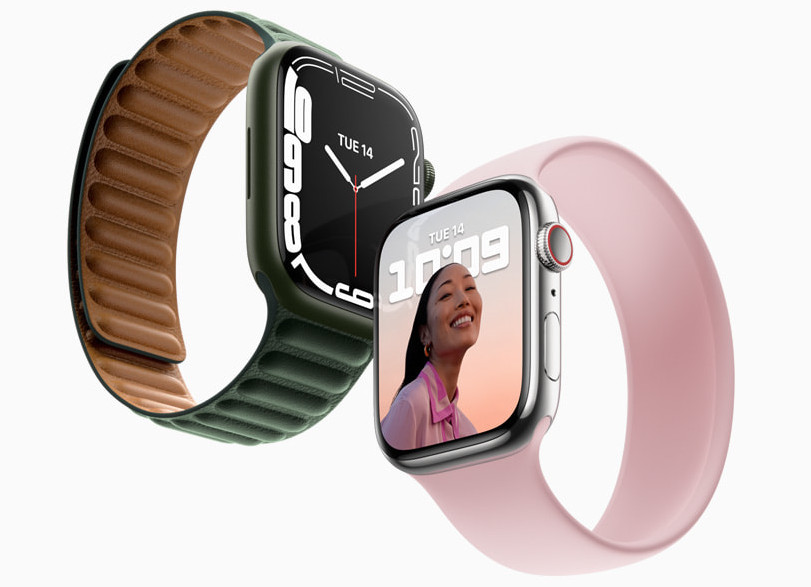 Along with the new iPhone 13 series and new iPad and iPad mini, Apple also introduced the new Apple Watch Series 7 at its “California Streaming” event, as expected. Available in 41mm and 45mm sizes, the new Apple Watch has a larger always-on Retina Display that has nearly 20% more screen area and thinner borders at just 1.7 mm, 40% smaller than than the Watch Series 6. Even though it was not mentioned at the event or the website, it will retain the same dual-core processor as the Series 6. 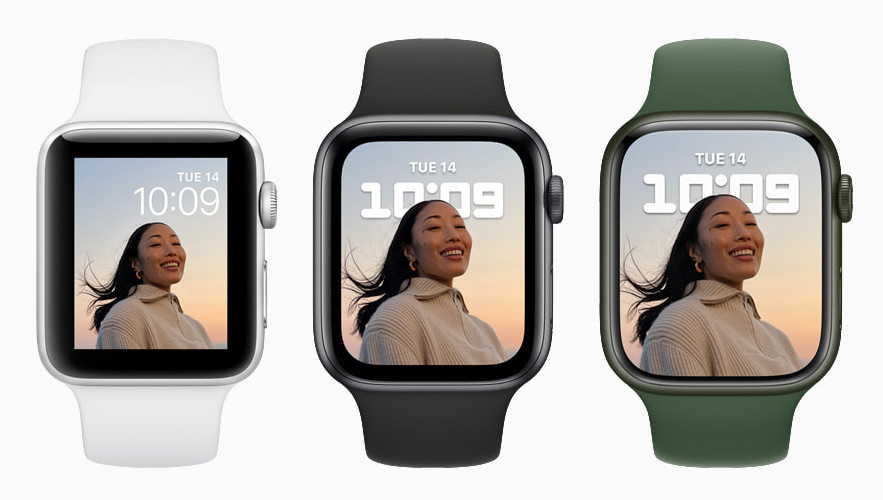 Apple said that it has used an innovative design that maximises the screen area while minimally changing the dimensions of the overall case size. The Always-On Retina display is up to 70% brighter indoors compared to Watch Series 6 and also come with a stronger, more crack-resistant front crystal. 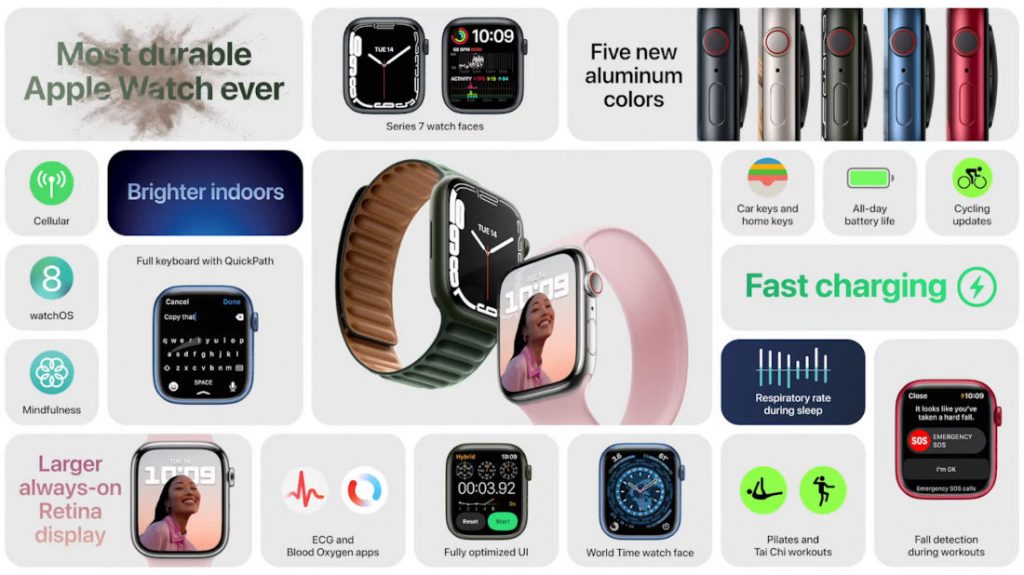 It has a new user interface optimised for the larger display, offering greater readability and ease of use, and has two unique watch faces — Contour and Modular Duo — designed specifically for the new device. The new Apple Watch models have an IP6X certification for resistance to dust, and still has 50 meters WR50 water resistance rating. 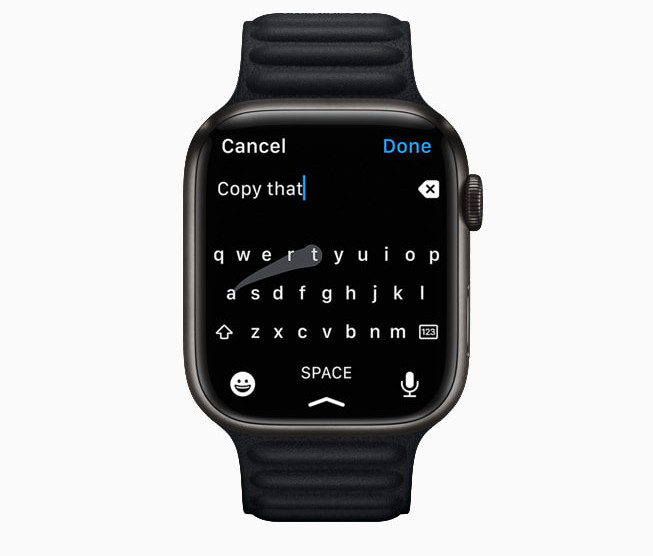 It still has an electrical heart sensor and ECG app, and a Blood Oxygen sensor and app. The new watchOS 8 has a new Mindfulness app, innovative accessibility features, greater access with Apple Wallet, and more capabilities with the Home app, along with enhancements to Messages and the Photos app. The Apple Watch Series 7 offers two additional larger font sizes, and a new QWERTY keyboard that can be tapped or swiped with QuickPath — allowing users to slide a finger to type — and utilises on-device machine learning to anticipate the next word based on the context, making text entry easier and faster.

‌Apple Watch Series 7‌ prices start from $399 (Rs. 29,375 approx.) and will be available later this fall. India pricing has not been announced yet. 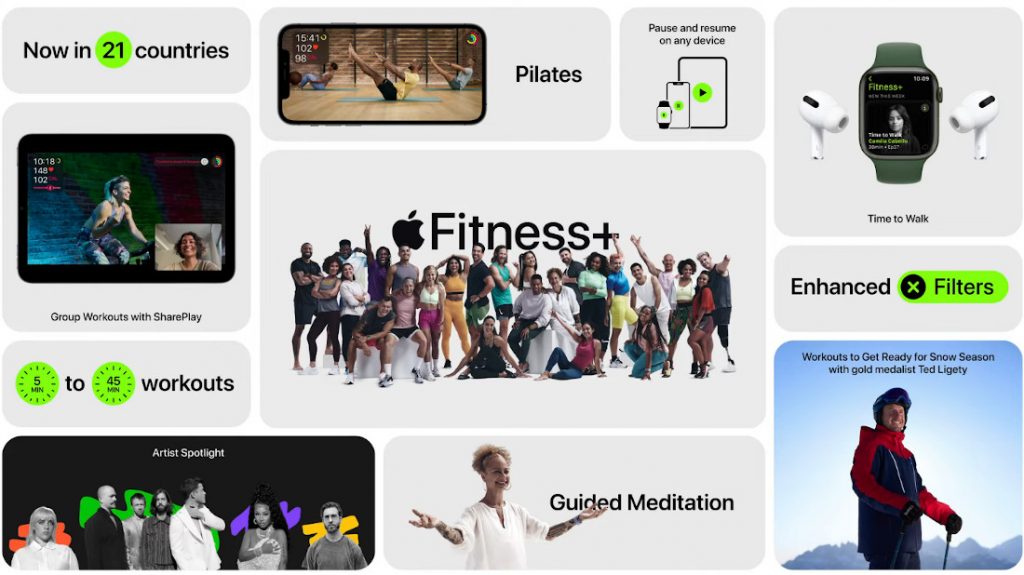 Apple announced its Apple Fitness+, the first fitness service built entirely around Apple Watch back in September last year. From September 27, it will get a new body-conditioning workout type with Pilates and a simple way to practice mindfulness anywhere, anytime, with guided Meditation. It will also include a new program called Workouts to Get Ready for Snow Season. Later this fall, Fitness+ will introduce Group Workouts with SharePlay, where users can work out with up to 32 people at once to keep each other motivated.

Later this year, Fitness+ will be expanding to 15 new countries — Austria, Brazil, Colombia, France, Germany, Indonesia, Italy, Malaysia, Mexico, Portugal, Russia, Saudi Arabia, Spain, Switzerland, and the United Arab Emirates — where it will be available in English with subtitles in six languages. No details about the India launch yet.