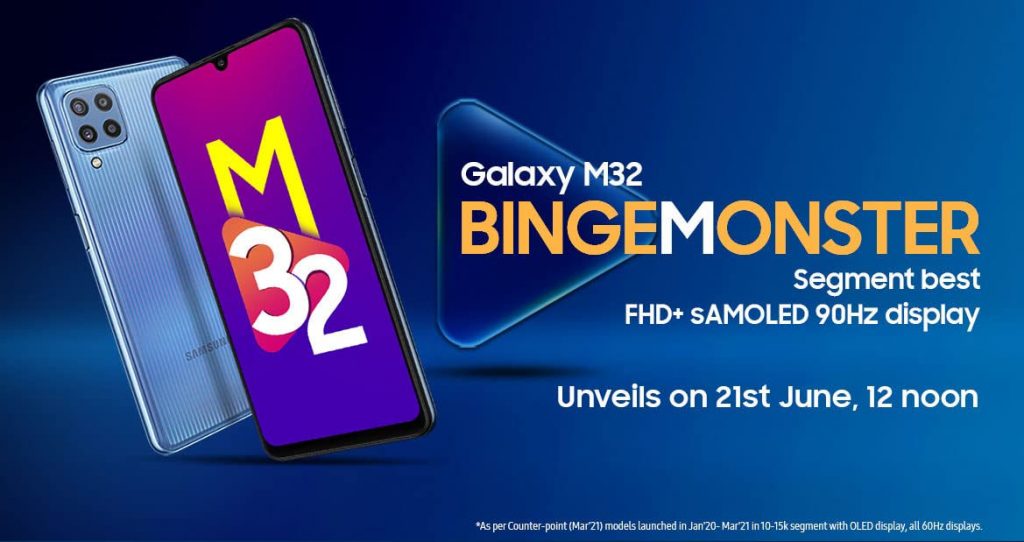 Update: Samsung has confirmed that the Galaxy M32 will launch in India on June 21st. It also said that the BINGEMONSTER will be the best in the segment with FHD+ Super AMOLED screen with 90Hz refresh rate. It also says that this is compared to phones with 60Hz OLED displays in the 10 to 15k segment, which hints that this might start in a similar price range. 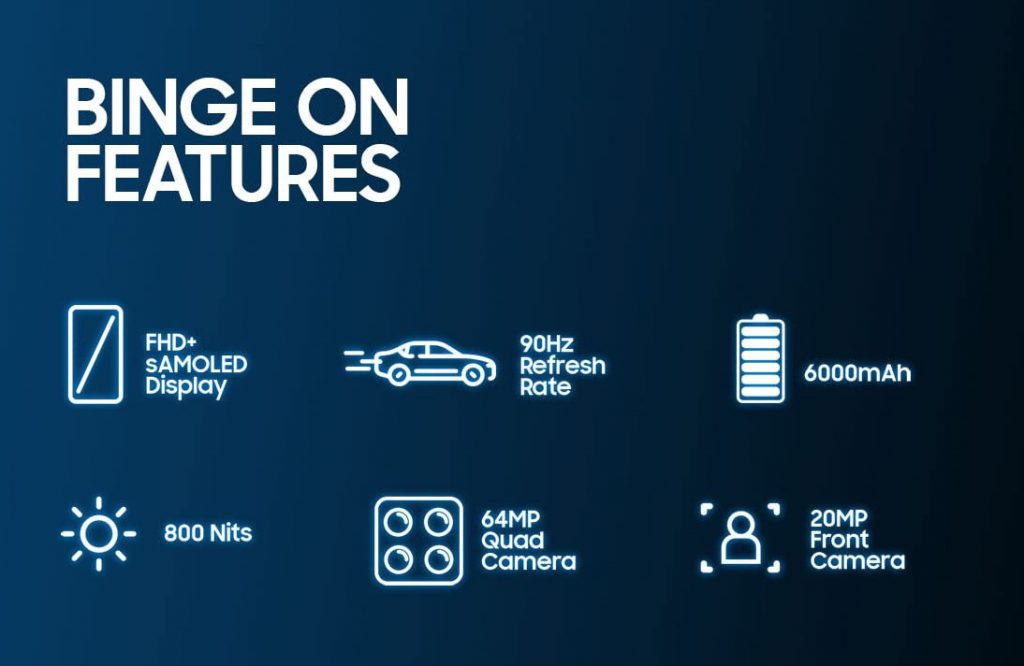 The company has also confirmed that the display will have up to 800 nits brightness, and the phone will feature 64MP quad camera setup and a 20MP front camera. It will pack a 6000mAh battery. It will be sold on Amazon.in, in addition to Samsung shop. 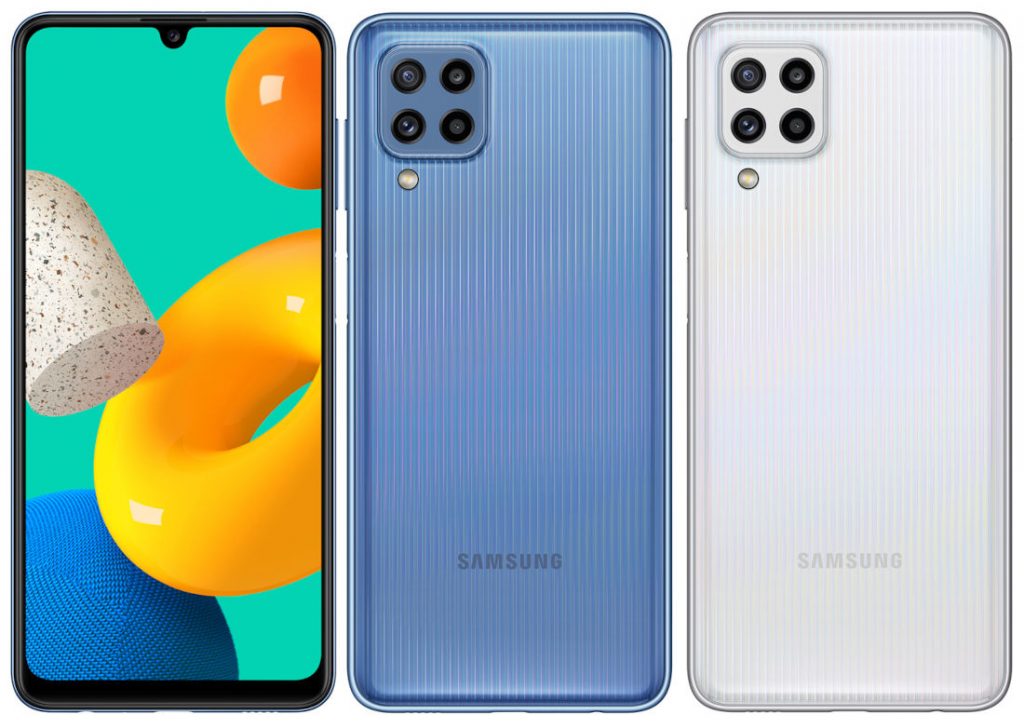 Earlier: Samsung is all set to launch Galaxy M32 (SM-M325F), the company’s new mid-range ‘M series’ smartphone in India this month, according to the latest IANS report. The phone surfaced back in April in benchmarks revealing some specifications and will reportedly pack a 6000mAh battery, same as Galaxy M31 was launched last year.

Unlike the Exynos 9611 SoC in the M31, the M32 is said to be powered by  MediaTek G85 processor. Geekbench listing also revealed 6GB of RAM and Android 11 with OneUI 3.1 for the phone. Samsung has also outed the images of the phone, which reveals quad rear cameras and a side-mounted fingerprint scanner.

The Samsung Galaxy M32 will come in Black, White and Light Blue colours and is expected to be priced between Rs. 15,000 and Rs. 20,000 when it launches in India sometime in the fourth week of June.