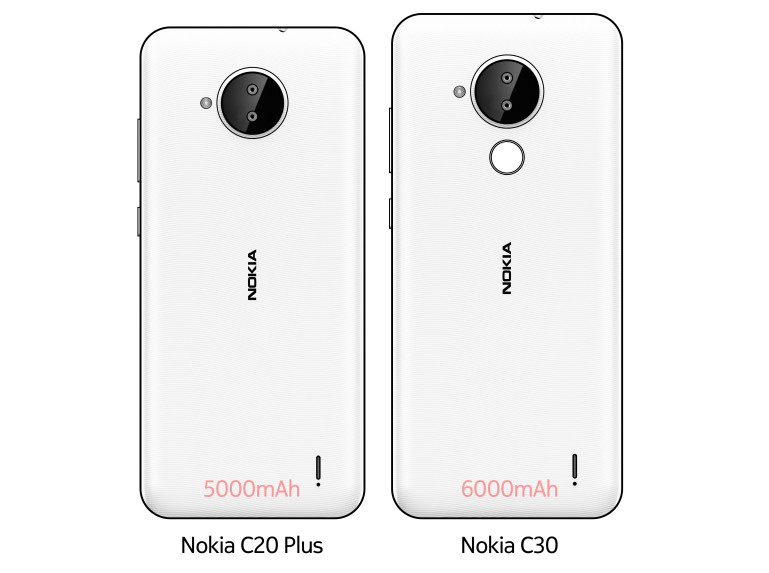 HMD Global introduced the new C10 and C20 smartphones last month running Android 11 Go Edition with a promise of two years of security updates. Last week in a Chinese forum Nokia 20 Plus with a 5000mAh battery and the Nokia C30 with a 6000mAh battery surfaced in sketches. Now the Nokia C20 Plus has surfaced in Geekbench listing. 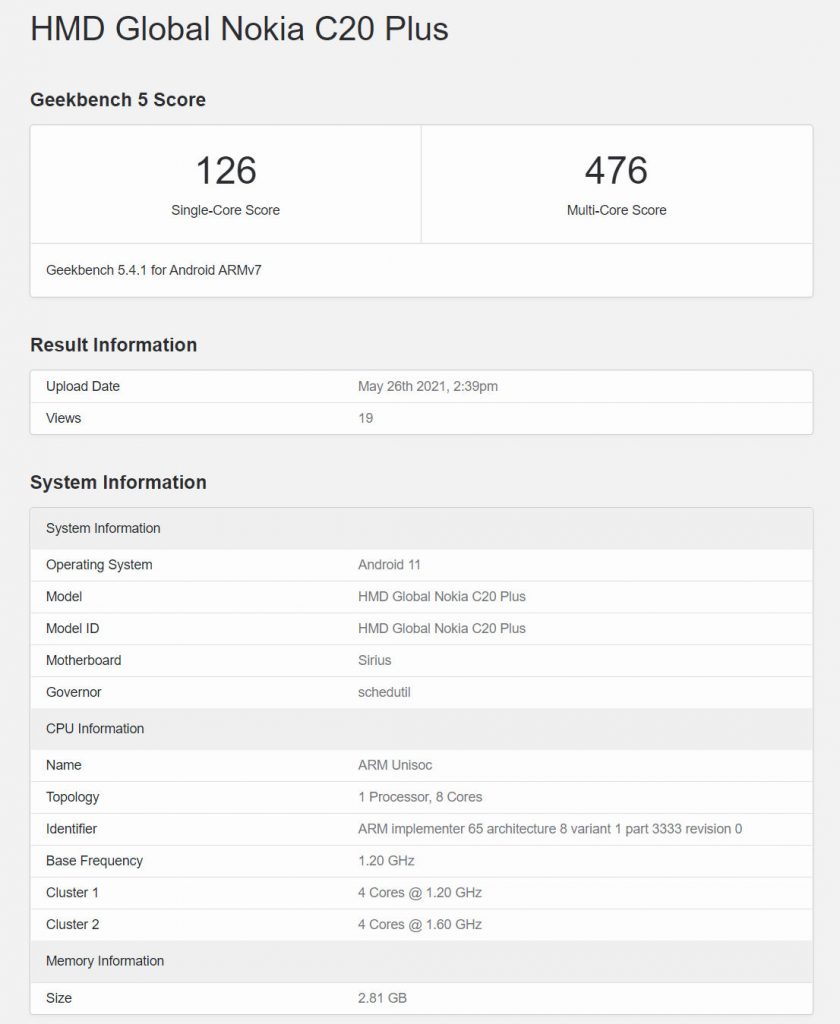 According to the benchmark, the phone will be powered by an Octa-Core Unisoc SoC clocked up to 1.6GHz. This could be the Unisoc SC9863A processor with IMG8322 GPU, same as the Nokia C20. It also reveals that the phone will come with 3GB of RAM compared to 1GB or 2GB RAM options in the C20. The phone will run Android 11, which will likely be the Android Go Edition.

Other details of the phone are not available, but the image confirms dual rear cameras for the phone and a rear speaker set up. This will lack a fingerprint sensor, since the image shows a rear-mounted fingerprint scanner only for the Nokia C30.

We can expect these new C series phones in the coming months.