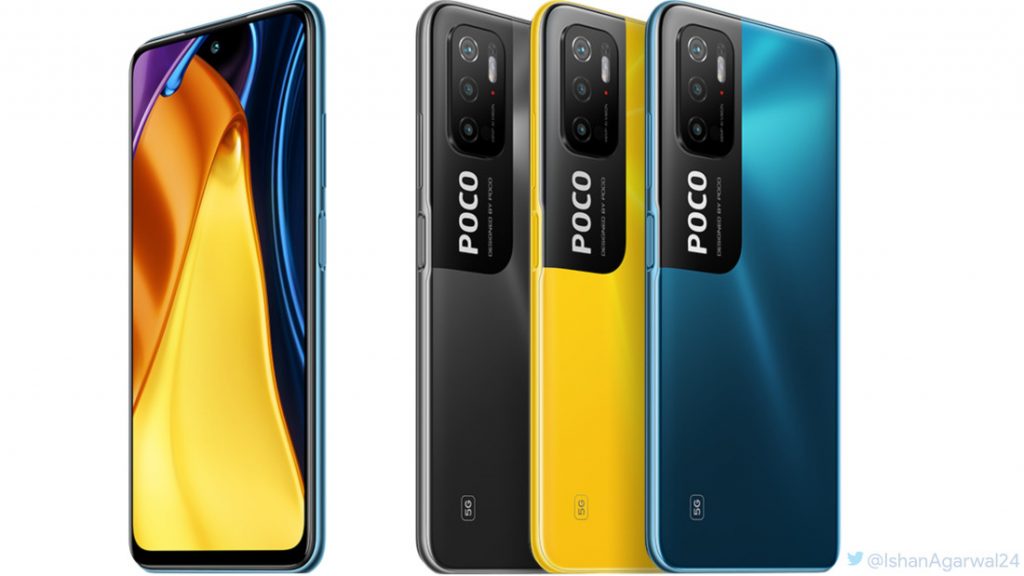 Update: POCO has confirmed that it will introduce the M3 Pro 5G in a global event on May 19th. The event will start at 2PM CEST (5:30PM IST). As usual, it will offer live stream on its social channels. The press image of the phone has also surfaced online.

Earlier: POCO introduced the POCO M3 smartphone last year before it was launched in India few months back. Now in an interview to Android Central, Kevin Xiaobo Qiu, POCO global head, and Angus Ng, head of product marketing, POCO global have confirmed that the company the POCO M3 Pro 5G smartphone will be launched globally soon. This comes after reports that the phone will be a rebranded Redmi Note 10 5G.

The company said that the POCO M3 Pro will be powered by a MediaTek Dimensity processor which will be faster than the Snapdragon 662 in the M3 and also said that it has scored 290,000 points on AnTuTu. To remind you, the Redmi Note 10 5G is powered by MediaTek Dimensity 700 processor. However, it has confirmed that the M3 Pro will have a unique design like the POCO M2. It will have more RAM, which could start at 6GB, come with a faster storage module and come in three colours including yellow.

POCO also confirmed that the phone will launch at a similar price point as the X3 NFC. The company will discontinue the POCO X3 NFC in favour of POCO M3 Pro, even though it is not positioned as a gaming phone. For those who need a better gaming  performance can go for the POCO X3 Pro, said the company.

POCO also confirmed that it will not launch a super flagship anytime soon after the launch of value flagships like the last year’s POCO F2 Pro and the latest POCO F3. It doesn’t plan to launch the Redmi K40 Gaming Edition globally, so it might only launch in India as POCO F3 GT. The company is also not planning to launch wearables or audio products anytime soon, even though the company was once working on POCO POP Buds TWS headset.

POCO will offer differentiated software features in 2021 by adding some special features to make MIUI for POCO into a more exclusive look based on feedback from the community and social media, and the new interface could be called POCO UI.