Samsung today announced the launch of new Galaxy F12 and Galaxy  F02s smartphones in India on April 5th. Both the phones will feature a 6.5-inch HD+ Infinity V display, but the F12 will have a 90Hz refresh rate screen. It has #FullOnFab for the F12 and #FullOn for the F02s. 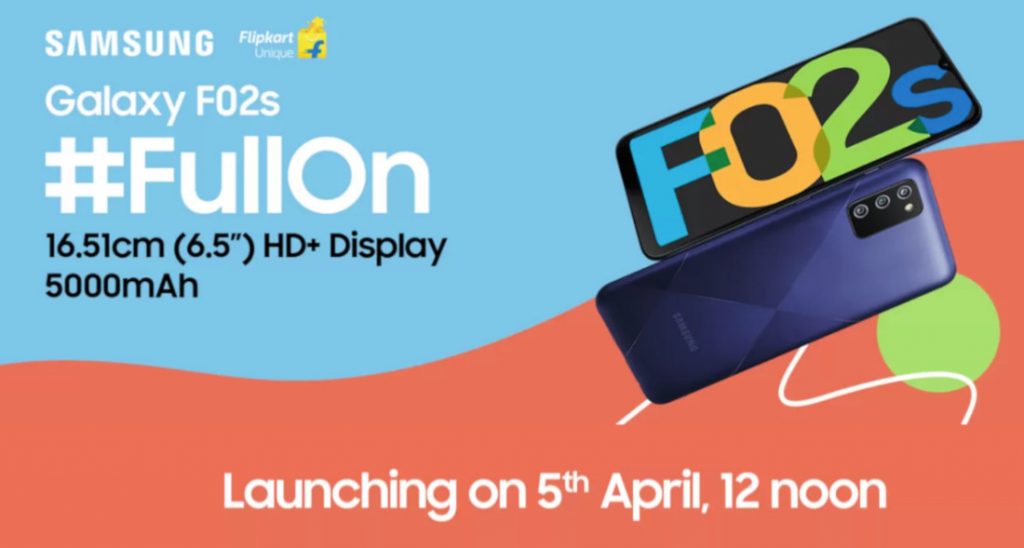 The Galaxy F02s will pack a 5000mAh battery, feature triple rear cameras and will be powered by Snapdragon 450 SoC, the same as the Galaxy M02s which was launched in India back in January, so this could be priced less than Rs. 10,000 in the country.

The Galaxy F12 will come with a 48-megapixel rear camera with a Samsung ISOCELL GM2 sensor and feature a side-mounted fingerprint scanner. The image shows patterns on the back. Most of the specifications of the phone are similar to the Galaxy M12 which was launched last month, so it could be priced in the similar price range.

The Samsung Galaxy F02s and the Galaxy F12 will be sold on Flipkart, in addition to Samsung online store and select retail stores offline.