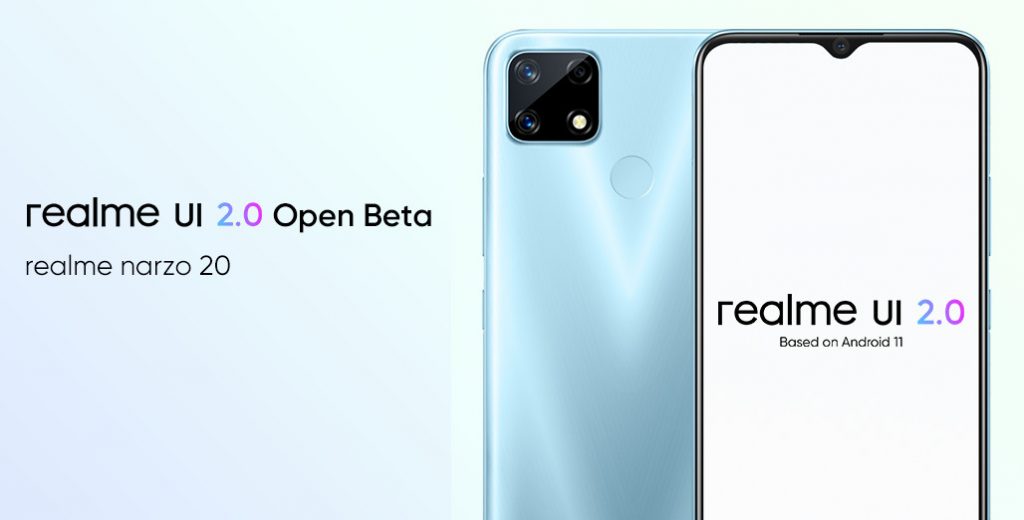 Update: January 7, 2021: realme has now announced realme UI 2.0 Open Beta program for realme Narzo 20 users in India. Users can head over to Settings > Software Update > Tap on the settings icon in the top right corner > Trial Version > Submit your details > Apply Now. As soon as the application procedure is completed, users will receive Android 11 based realme UI 2.0 update on their device.

How do I apply for realme UI 2.0 Early Access program? 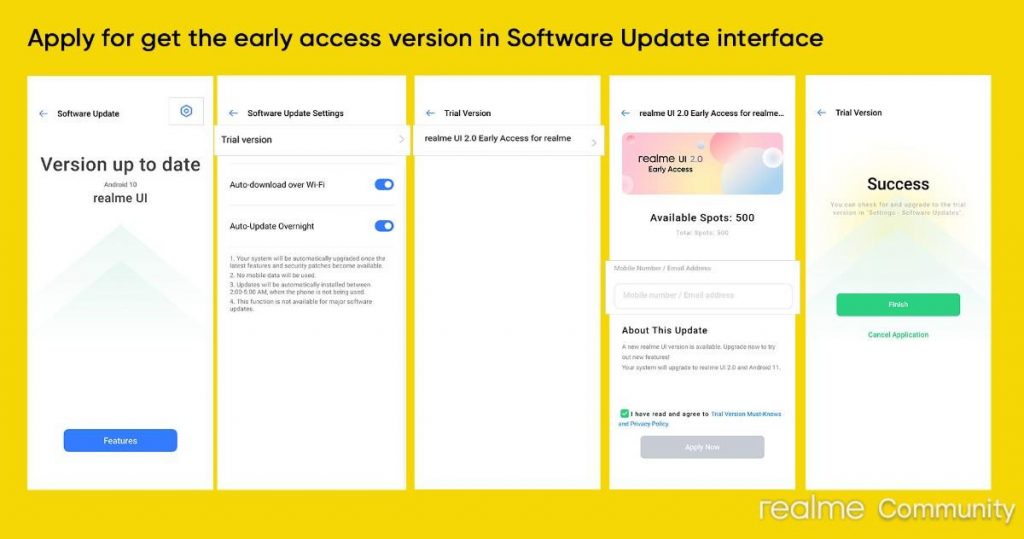 Things to keep in mind before updating to realme UI 2.0 Early Access version!

There must be at least 5 GB free storage on the device and the device must not be rooted. realme advises to backup personal data before proceeding with the process and says that there may be unpredictable effects on your phone which might affect day to day performance, but that’s something obvious considering these are Early Access builds. realme also warns that some functions may not operate properly because of third-party firmware incompatibility.

Must Read Before Apply (Disclaimer):

• Please make sure your phone is not rooted.

• The Early Access versions may have an unpredictable impact on your phone and effect on daily use.

• Due to unpredictable factors such as network communication and strategy adjustment, it is not possible to guarantee that every applicant will receive the update. In case the update is not received, we suggest you patiently wait for the official release.

Can I roll back my device to Android 10?

realme has already rolled out Android 11 based realme UI 2.0 for realme 7 Pro, and realme Narzo 20 as part of realme UI Early Access program.