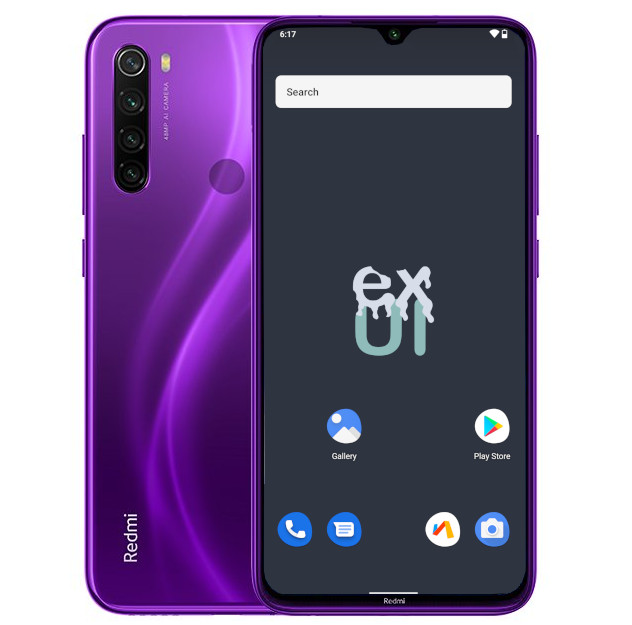 Xiaomi launched the Redmi Note 8 in India almost a year back. The smartphone recently started receiving Android 10 based MIUI 12 update in several regions including India. Though Google, a couple of months back, officially announced Android 11, some users of Redmi Note 8 – which was the best-selling Android smartphone in the first quarter, are yet to receive Android 10 update on their devices (we too have not received the update on our device yet).

However, if you’re someone who can invest a little time and tinker around z bit, there are plenty of Android 11 custom ROMs out there for Redmi Note 8 (codename ‘ginkgo’). We have been using Android 11 based Extended UI 2.0 on our Redmi Note 8 for quite a while now, and here is what we think of it. Also, this is a unified ROM which means if you’re a Redmi Note 8T (codename ‘willow’) user from the European region, this post might be helpful for you too.

It is worth noting that the custom recovery and firmware link provided in the download section below is specifically for Redmi Note 8 ‘ginkgo’, and we don’t know if the same files will work with Redmi Note 8T ‘willow’. We hope that this post will help you in deciding whether or not you should flash Android 11 based Extended UI 2.0 on your device.

In our three-week-long usage, we found Android 11 based Extended UI 2.0 for Redmi Note 8 to be very well optimized for day to day performance. We didn’t encounter any instance when the phone rebooted randomly or froze on a certain action. In terms of performance, it exceeded our expectations.

Surprisingly, it could keep apps like Amazon and Flipkart in memory for hours even when multiple apps were open in the background. Also, note that we didn’t play games during our usage, so we can not comment on gaming performance.

Android 11 based Extended UI 2.0 offers a clean bloat-free experience with only a few essential Google apps pre-installed. It is worth noting that most of these apps can even be disabled if needed.

Android 11 based Extended UI 2.0 runs on September Android security patch as of now. Out of 64GB internal storage, about 13 gigs of storage is occupied by the system. As a result, users get about 50GB of storage. It is worth noting that the last build of Android 11 based Extended UI 2.0 for Redmi Note 8 was released about 40 days back, so we can’t say if the developer plans to provide updates on a monthly basis.

It’s been about 6 weeks since we have this ROM on our unit, but we didn’t get any OTA update. So, we can assume that the OTA updates are not supported on Extended UI 2.0, similar to Android 10 based Extended UI.

Android  11 based Extended UI 2.0 offers all the native android features, be it, Adaptive brightness, Dark theme, or the Night light. Users can also adjust the Font size, and Display size. There is an option to wake the device via a double-tap anywhere on the screen, but it is broken and doesn’t work.

Chat Bubbles is one of the most useful features that Google introduced with Android 11. With Chat Bubbles, conversations can appear as floating icons on top of other apps, and these can be found on Android 11 based Extended UI as well.

Screen recorder is another stock Android feature that made its way to devices with Android 11. A toggle for screen recording can be found in the quick settings tiles panel, users also have an option to record system sounds as well as audio through the microphone.

Android 11 lets you control smart devices from the power menu itself. Extended UI 2.0 is no exception. Also, you can opt for 3-button navigation or gesture-based navigation similar to any other AOSP ROM.

Android 11 based Extended UI 2.0 offers a ton of customization options. Users can customize Accent color, Icon style, Icon shape, Switch style, Fonts, Quick settings background color, and more. There is also an option to show the Clock widget in QS, turning it on results into OneUI like Quick settings panel.

There is also an option to Double tap to sleep, users can double-tap on the status bar to put the device to sleep.

Android 11 based Extended UI 2.0 offers various nifty gestures such as Double tap to sleep, users can double-tap anywhere on the lock screen to put the device to sleep. Users can also opt to see charging information on the lock screen, which can simply be done with a toggle button.

Overall, the software experience on Android 11 based Extended UI 2.0 felt impressive, though features like long screenshots might be a deal-breaker for some people.

The fingerprint works flawlessly on this ROM as you would expect, users can add up to five different fingerprints to unlock the phone. The fingerprint animation felt a bit slow similar to any other AOSP ROM due to which the phone unlocking experience feels slower as compared to stock MIUI Global ROM but during our usage, we found it accurate and reliable.

The inbuilt camera app on Android 11 based Extended UI 2.0 is very basic but you can anytime install a working GCam mod on it. We tried trCamera v5 which worked without any problem. trCamera enables Night Sight, Portrait, Astrophotography, 4K timelapse videos, and Video stabilization on the Redmi Note 8. The download link for the same can be found in the download section below.

We found the battery life on Android 11 based Extended UI 2.0 good for day to day usage. On moderate usage ended most of the days with around 40-50% battery left on the device. It can even last for a couple of days as can be seen in the screenshots posted above. We got a screen time of around 5 hours 45 minutes with around 8% battery left over a period of 2 days without charging the device.

However, you should remember that everybody has a different usage pattern. There is a Battery Saver on the device when can extend the battery life by restricting background activities. Android 11 based Extended UI 2.0 also offers Battery Manager that detects which are draining battery and recommends you to restrict such apps. You can also see some information including current, voltage, and temperature on the lock screen while the device is charging.

Yes, in case you are someone who wants to try the latest version of Android 11 on their Redmi Note 8, Android 11 based Extended UI 2.0 is worth consideration. It offers decent battery life, a clean bloat-free experience, and lots of customization without any major compromise.