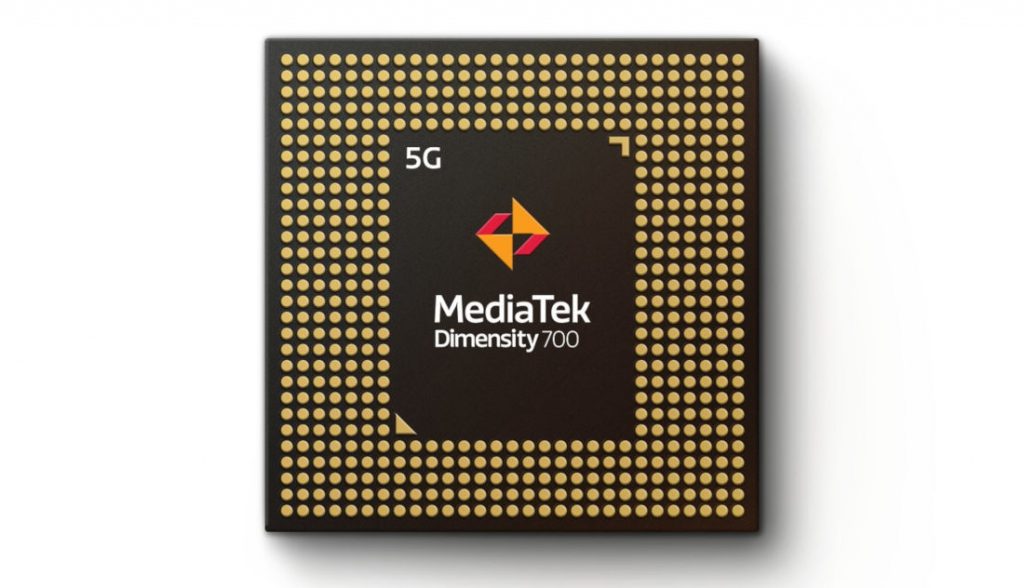 MediaTek just announced Dimensity 700, the company’s latest mid-range SoC with built-in 5G months after the Dimensity 720. It has two Cortex-A76 cores operating up to 2.2GHz and six power-efficient ARM Cortex-A55 cores operating at up to 2.0GHz. The MediaTek 5G UltraSave technology uses both network and content awareness intelligence to manage the modem’s operating mode in real-time to extend battery life. 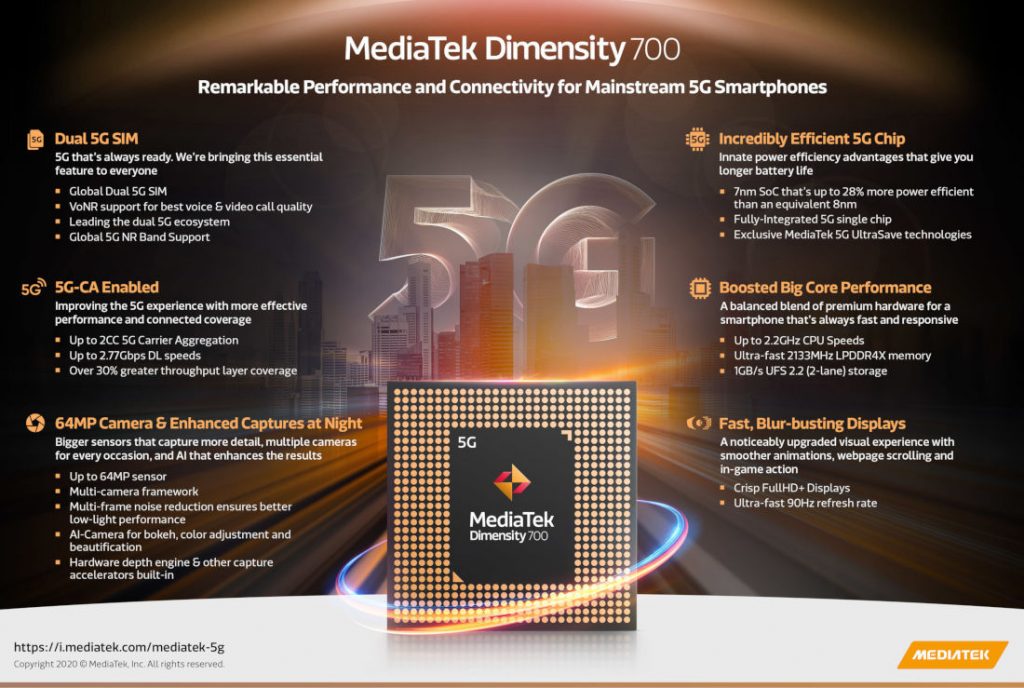 The Dimensity 700 is expected to roll out in smartphones soon, but MediaTek didn’t give an exact date yet.

MediaTek MT8192 and MT8195 Chipsets for Next Generation of Chromebook

MediaTek also unveiled its MT8192 and MT8195 chipsets for the next generation of Chromebooks.  The 7nm MT8192 is targeted at mainstream devices and the 6nm MT8195 for premium Chromebooks.

The MT8192 has an Octa-Core CPU with four ARM Cortex-A76 cores and four power-efficient ARM Cortex-A55 cores, integrates MediaTek’s APU 2.0 provides with up to 2.4 TOPs performance. It has Mali-G57-MP5 GPU, 2133MHz LPDDR4x memory and UFS 2.1 storage. It supports up to (WQHD) displays with standard 60Hz refresh-rates, or Full HD+ displays with up to 120Hz refresh-rates. Both these can support two Full HD displays simultaneously.

Chromebooks powered by the MT8192 will roll out starting from Q2 2021, and the MT8195 will power premium Chromebooks, smart displays, tablets and other smart devices sometime later 2021.