After teasing the launch of its next F-Series smartphones in India last week, OPPO has now finally announced the launch date of the OPPO F17 Series in India. 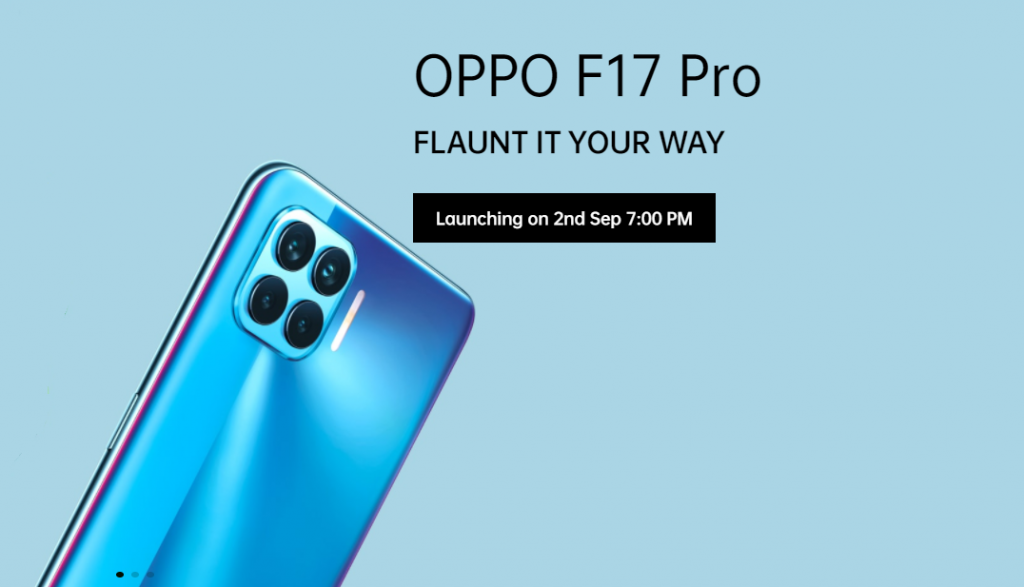 OPPO India on its official website has revealed that the F17 Series will be announced on September 2nd, 2020 at 7PM. The company will announce the OPPO F17 and F17 Pro smartphones, and it will be priced under Rs. 25,000.

The design of the OPPO F17 Pro has been already revealed in the teaser images and the specifications has surfaced as well. The OPPO F17 Pro is said to flaunt a 6.43-inch FULL HD+ Super AMOLED display and is expected to be powered by the MediaTek Helio P95 SoC which was used in the OPPO Reno 3 Pro as well. As for the optics, quad-rear cameras and dual-front cameras have been already confirmed in the teaser images and lastly, it is said to pack a 4000mAh battery with support for 30W VOOC Flash Charge.

OPPO is hosting the “First Ever Flauntastic Online Music Launch” of the OPPO F17 Pro and the stream starts at 7 PM on September 2nd, 2020. We should know more information in the coming days.