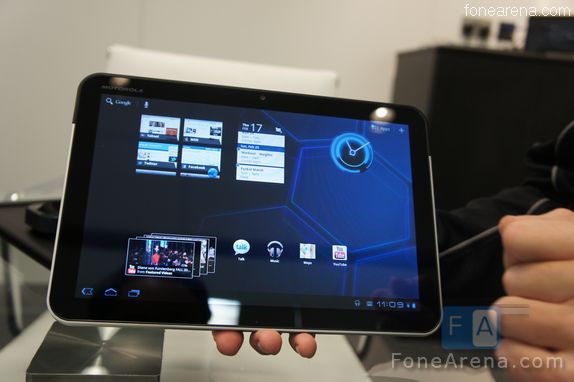 After its first appearance  at the CES 2011 in Las Vegas, the world’s first Android Honeycomb  powered tablet has been finally launched. Motorola Xoom is now available at your nearest Verizon stores (US Readers) . The Honeycomb tablet is priced at $599.99 with a two year contract. The Xoom features a 10.1 inch display, powered by an NVIDIA Tegra 2 Dual Core 1GHz processor with 3G and WiFi.

The WiFi only version of the tablet is not yet available, but can be expected soon. Regarding the Flash support, it’s still a few weeks away to get the official confirmation of a fully Flash enabled Xoom.

So do get one for yourself and let us know what you think about the new Honeycomb tablet.