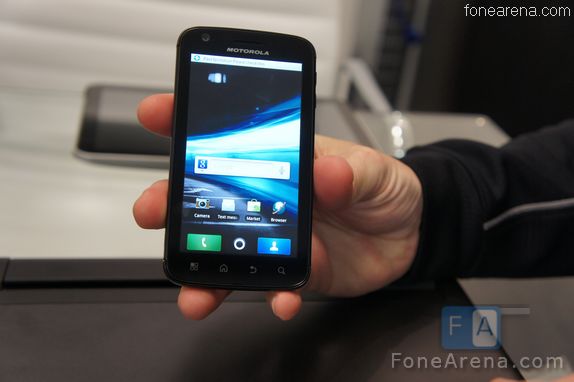 Motorola recently launched their flagship Android smartphone known as the Motorola Atrix 4G, which is also one of the first phones to feature Tegra 2 processor. Atrix 4G is an impressive device (check out our hands-on photos and video), and it was officially launched by AT&T yesterday.

Expansys UK was offering the device for £474.99, but it not changed to “Not announced”. Well, this will be the price of the smartphone only, not including the laptop dock and other stuff. The device is known as Atrix 4G in USA but in UK, the name of the device will be changed to only Atrix, because it will drop the 4G capability in UK.