[Update: 1 May, 2020]: M2004J11G has been now spotted on TKDN, Indonesia smartphone certification, last month same smartphone appeared on EEC. Recently, official Global account name was changed from POCOPHONE Global to POCO, hinting towards the release of a new product. 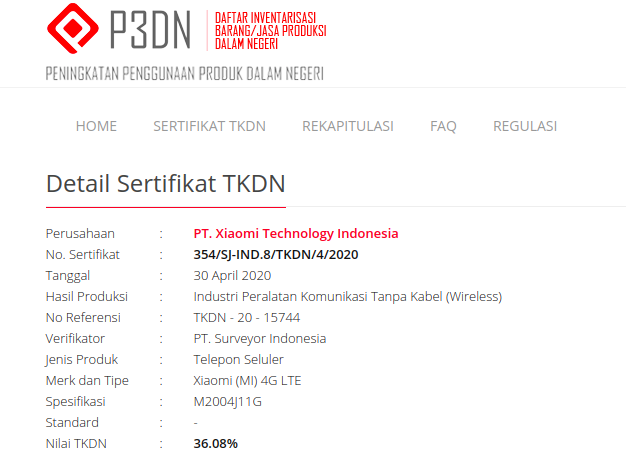 Earlier this week, Google Play Store listing revealed that Redmi K30 Pro will be rebranded as POCO F2 Pro for the Global market while it will launch under Redmi branding in India. We are expecting POCO to bring POCO F2 with last-gen Qualcomm Snapdragon 855+ similar to the rumoured realme X3 SuperZoom.

[1 April, 2020]: POCO F2 has been a mystery in the smartphone world for last one year, POCO didn’t launch any smartphone in 2019 and the company made a comeback in the Indian market back in February but with a new mid-range X series. Even after POCO’s comeback, POCO F2 remains a mystery, recently MIUI Camera app codes hinted that Redmi K30 Pro 5G might be launched under POCO in India and everybody assumed it as POCO F2.

A couple of days later, POCO GM, C Manmohan clarified that Redmi K30 Pro will not be rebranded as POCO F2 in India and also said that POCO F2 is in works and will definitely not be priced around INR 20,000. Now, a mystery POCO smartphone with model number M2004J11G has appeared on multiple certification websites. 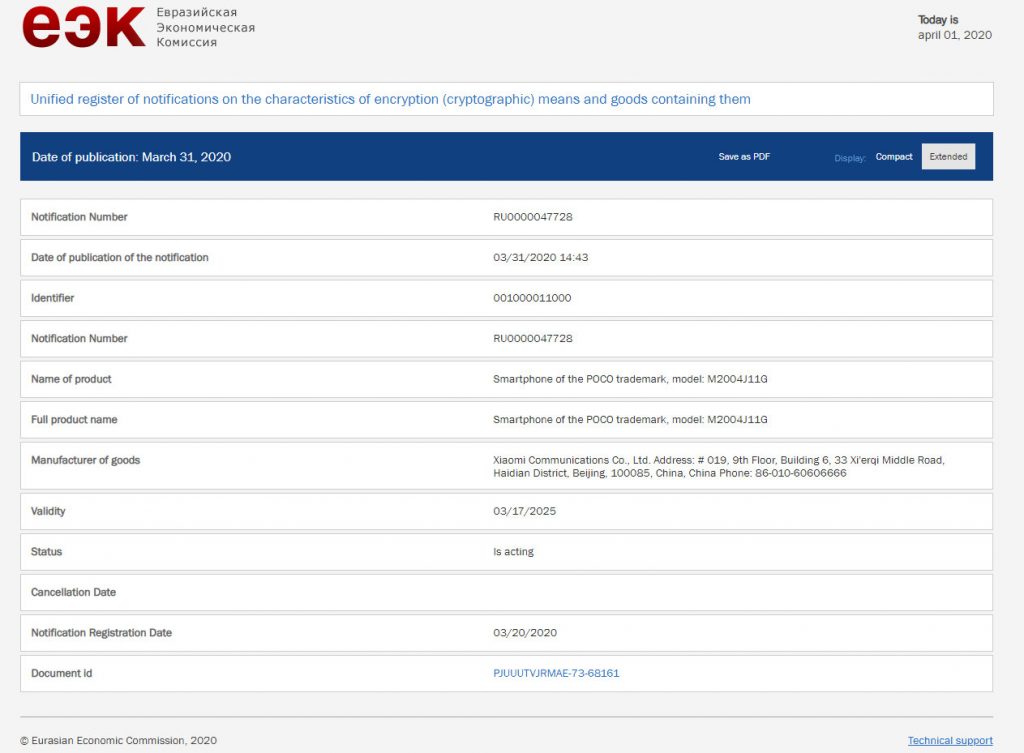 The smartphone appeared on Russian certification website EEC which suggests it might launch globally. Last week about 346 units of same smartphones were sent to Pakistan from China, as per Exim Trade Info.

As per EEC data, this particular model is listed as a POCO smartphone, while we do not know the model name, it is likely to be POCO F2 because POCO F1 has a global variant called POCOPHONE F1. EEC listing doesn’t reveal any other information about the product other than the model number M2004J11G, but we hope to know about other details as soon as the product passes through other certification websites.