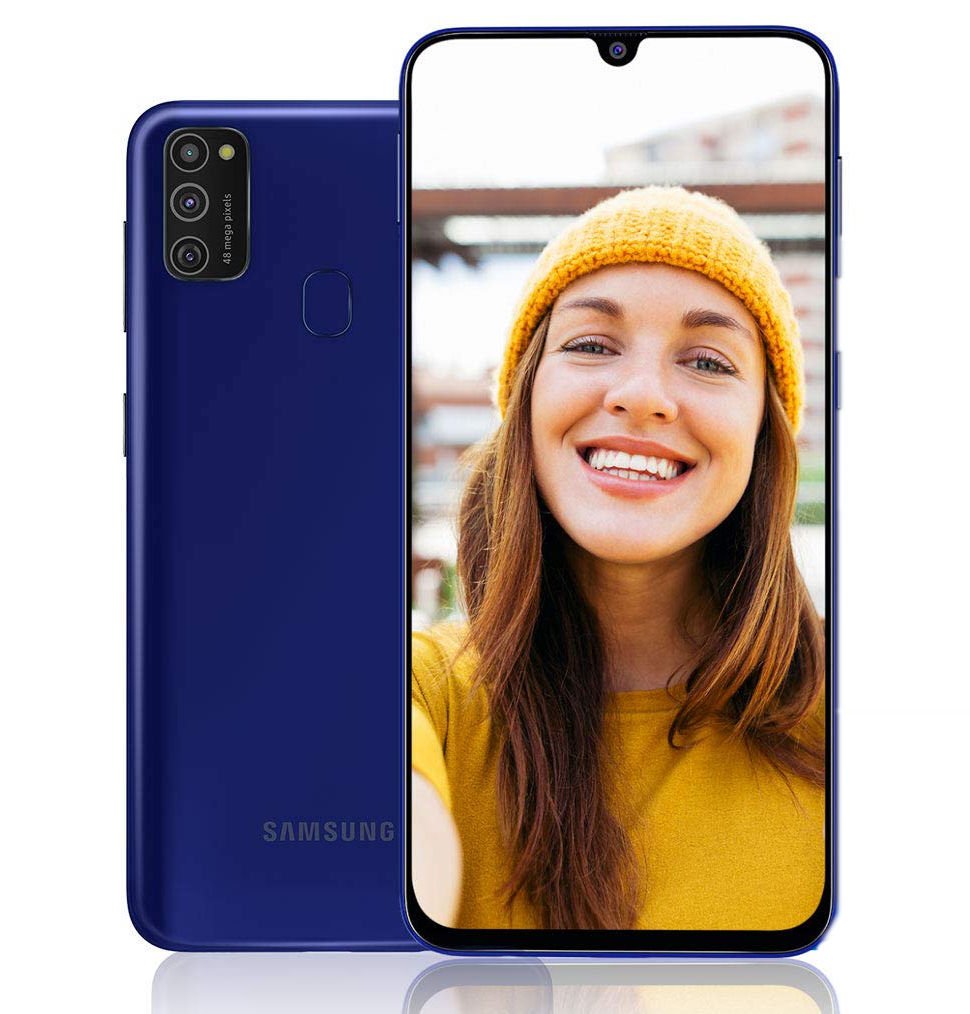 Update: Samsung Galaxy M21 that was supposed to launch today, March 16, but the company has now postponed the launch to March 18th.

After the Galaxy M31 launch last month, Samsung has confirmed that a cheaper Galaxy M21 smartphone will be launched in the country on March 16th on Amazon.in. This confirms Infinity-U Super AMOLED display, and it will probably come with a FHD+ resolution. It also shows rear-mounted fingerprint scanner.

The phone will come with 48MP rear camera along with an ultra-wide sensor and probably a depth sensor. It also confirms a 20-megapixel front camera and a 6000mAh battery, and it will likely come with USB Type-C port and 15W fast charging .

Based on recent Geekbench listing, the phone with the model number SM-M215F will be powered by Exynos 9611 10nm processor with Mali-G72MP3 GPU, same as the M31. It is said to come in 4GB and 128GB storage options and 4GB RAM option, and probably will also come in 6GB RAM option.  It will run Android 10 with One UI 2.0.