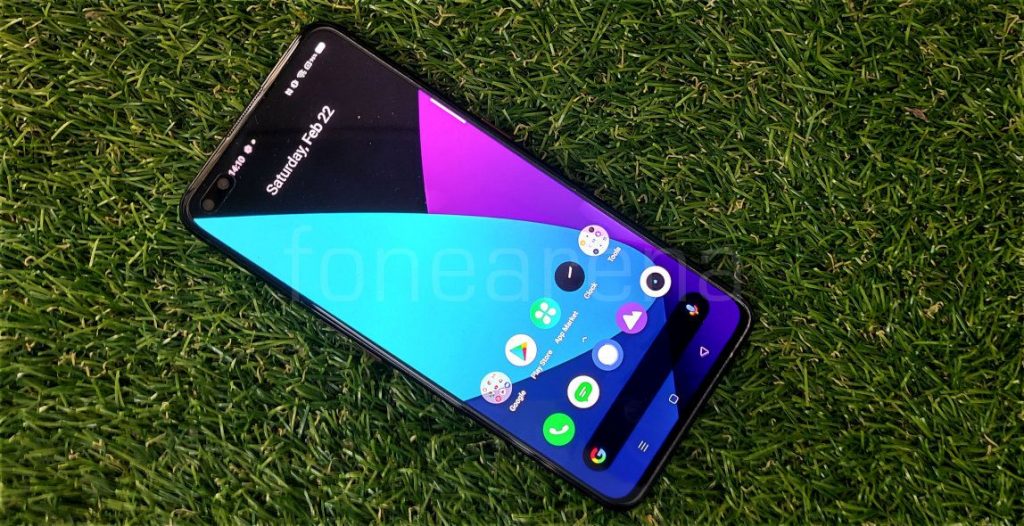 relame just launched the X50 Pro, the company’s flagship 5G smartphone for the global markets as well as India. Here we have the first impressions of the phone. 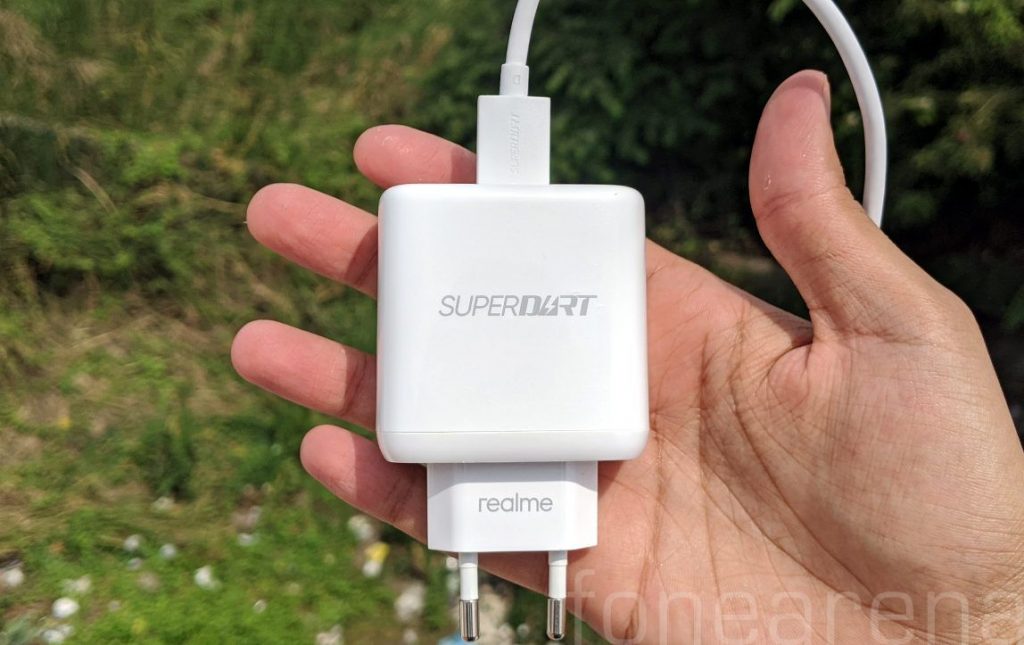 We did not get the retail unit, but we got the 65W (5V/2A, 10V/6.5A) SuperDart Flash Charge adapter that comes bundled. This is an GaN charger adaptor, which uses Gallium nitride (GaN) semiconductor material that can improve charging efficiency with a smaller charger volume, and at the same time reduce heat generation. 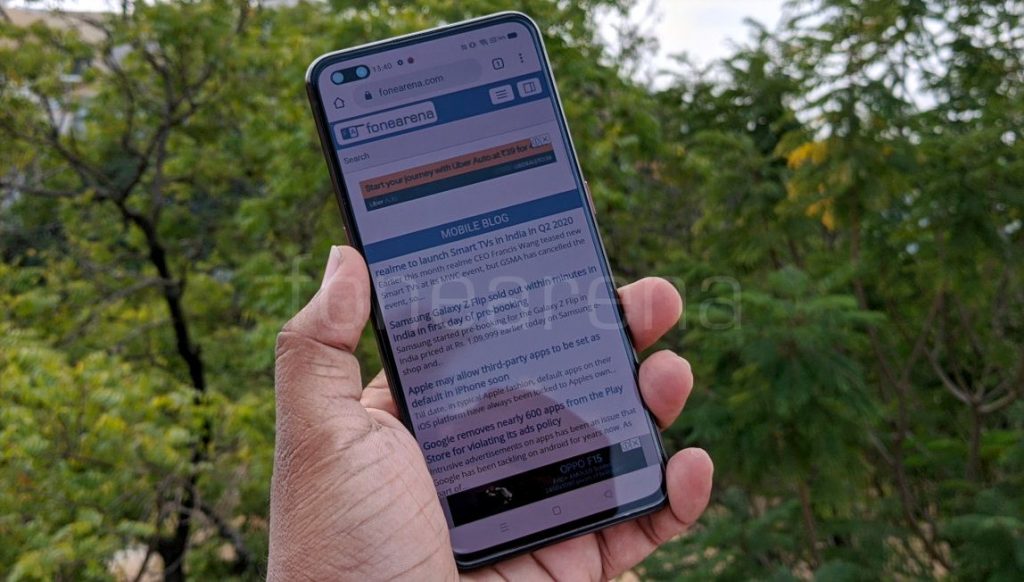 The phone packs a 6.44-inch (2400 x 1080 pixels) 20:9 Super AMOLED display from Samsung with 90Hz refresh rate and 180Hz sampling rate. The screen also supports hardware-level DC dimming. It says the phone has 92% screen-to-body ratio, thanks to minimal bezels. It has peak brightness of up to 1000, supports HDR10+ and 100% DCI-P3 and 105% NTSC color gamut, so the outdoor screen visibility is good. The screen is protected by Corning Gorilla Glass 5. The phone features in-display fingerprint scanner from Goodix that can unlock the phone in 0.27 seconds.

It has dual front cameras arrange inside 4.41mm cutout. The dual cameras include a 32MP wide-angle camera with Sony IMX616 sensor, 80.4° FOV, f/2.5 aperture and a 8MP ultra wide-angle camera with 105° FOV, f/2.2 aperture with Edge Deformity Correction, and it can recognize faces and automatically optimize the face contours when you capture on the edge of photo. There is also super portrait Nightscape Selfie, ultra wide-angle video and support UIS Video Stabilization. The front camera also supports 1080p 120fps slo-mo video recording. 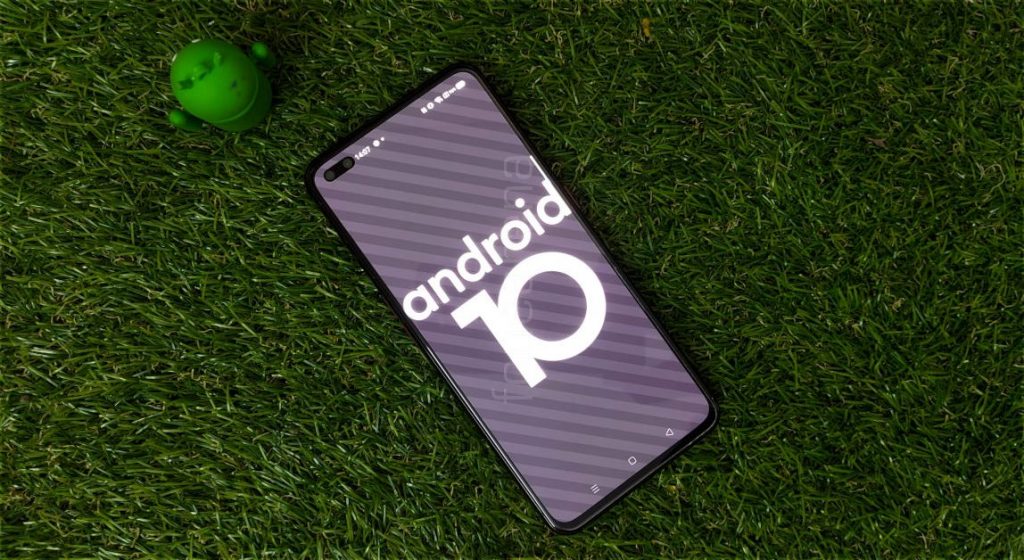 It has realme UI which is based on Android 10. You can check out all the new features in realme UI here. The phone is powered by 7nm Octa-core Qualcomm Snapdragon 865 with clock speeds of up to 2.84GHz offering 25% overall performance and graphics rendering speed and the efficiency increased by 30%. It has Vapor Chamber along with Multilayer Solid Graphite cooling that ensures low temperature and high performance, especially when they are operating at peak capacity, according to the company. 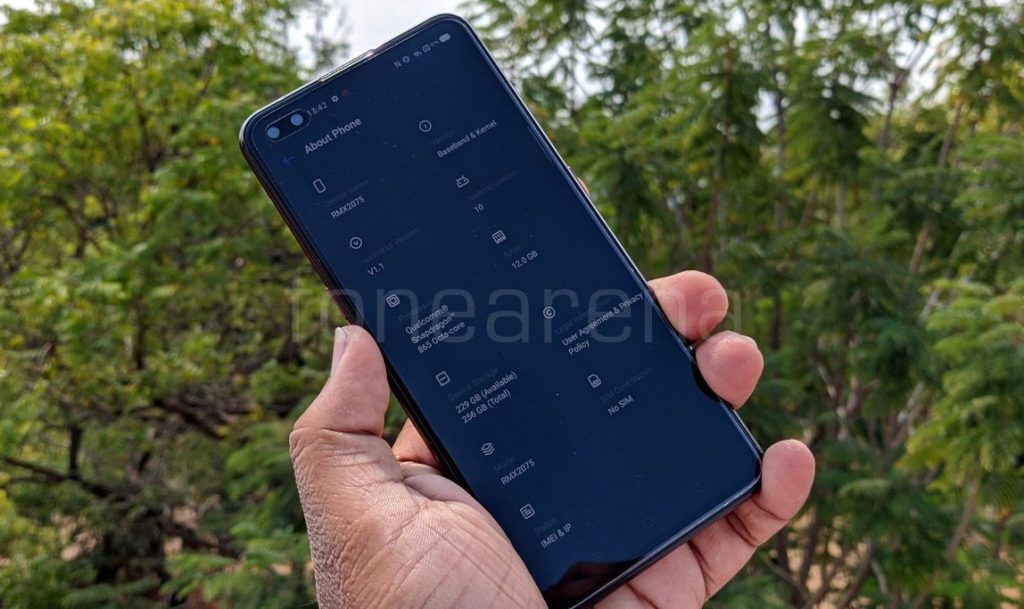 The X50 Pro features an advanced antenna layout design, which the company calls 360° surround antenna. There are 13 antennas, 3 for GPS, 1 for Wi-Fi, 1 for NFC, 1 for Bluetooth and 8 for 4G+5G. It covers all the world’s mainstream 5G bands, including n1, n41, n78 and n79. It  also supports Smart 5G, it can intelligently perceive the surrounding signal environment and user operation, then intelligently switch from 4G to 5G. Intelligent adjustment of networking strategy, intelligent allocation of bandwidth and battery, effectively improve battery life, reduce power consumption by 30%.

Coming to the button placements, the power button is present on the right, volume rockers on the right, secondary microphone on the top, loudspeaker grill, USB Type-C port, primary microphone and the SIM slot on the bottom. You can also see the antenna cut-outs in Black color.

The phone has dual SIM slots, but doesn’t have a microSD slot. 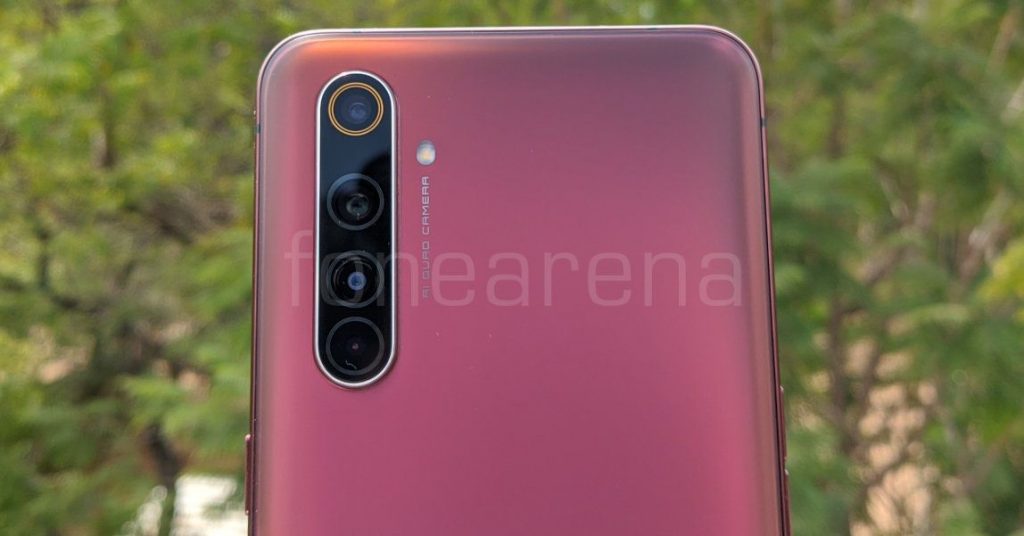 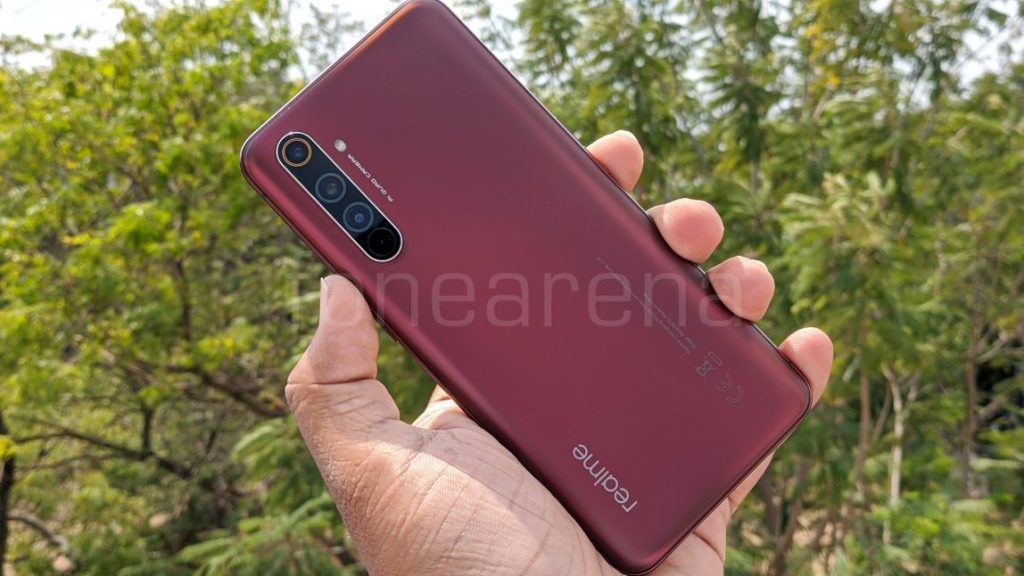 It has a 3D AG glass back with matte finish texture and Corning Gorilla Glass 5 protection. realme says that it chose 25% of haze value to reduce with the emission of light from 8% to less than 1% of ordinary glass. The roughness of surface is controlled on 0.15um, that makes the matte surface provide delicate and warm hand feel, soft and comfortable and fingerprint proof, according to the company. 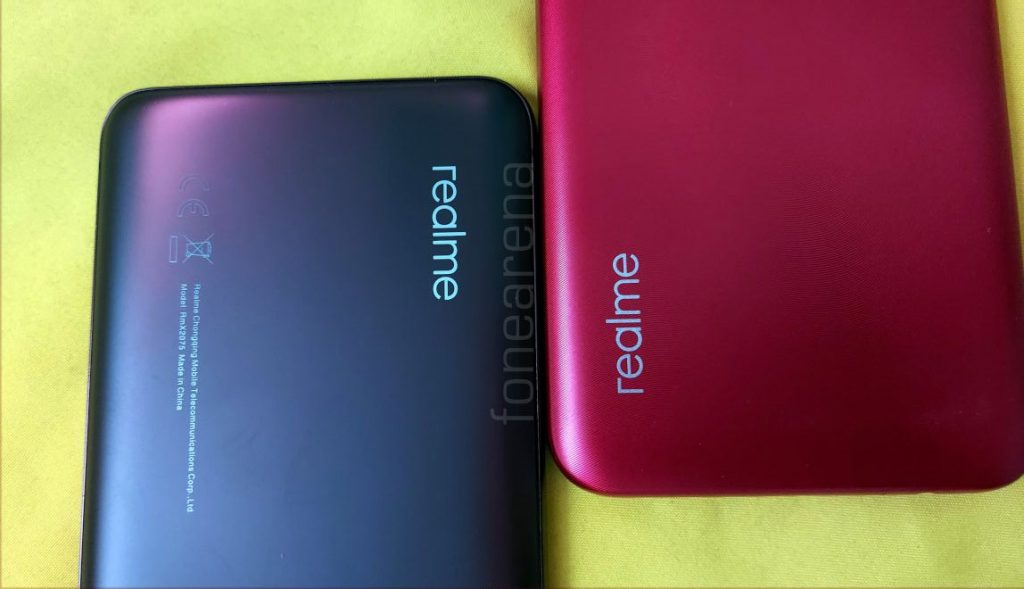 The phone features Dolby Atmos, Hi-Res audio certification, but it doesn’t have a 3.5mm audio jack. It packs a 4200mAh battery with 65W SuperDart fast charging that can charge the phone from 0 to 100% in 35 minutes. In addition, the phone also  supports 18W QC/PD charging and 30W VOOC 4.0 Flash Charge.