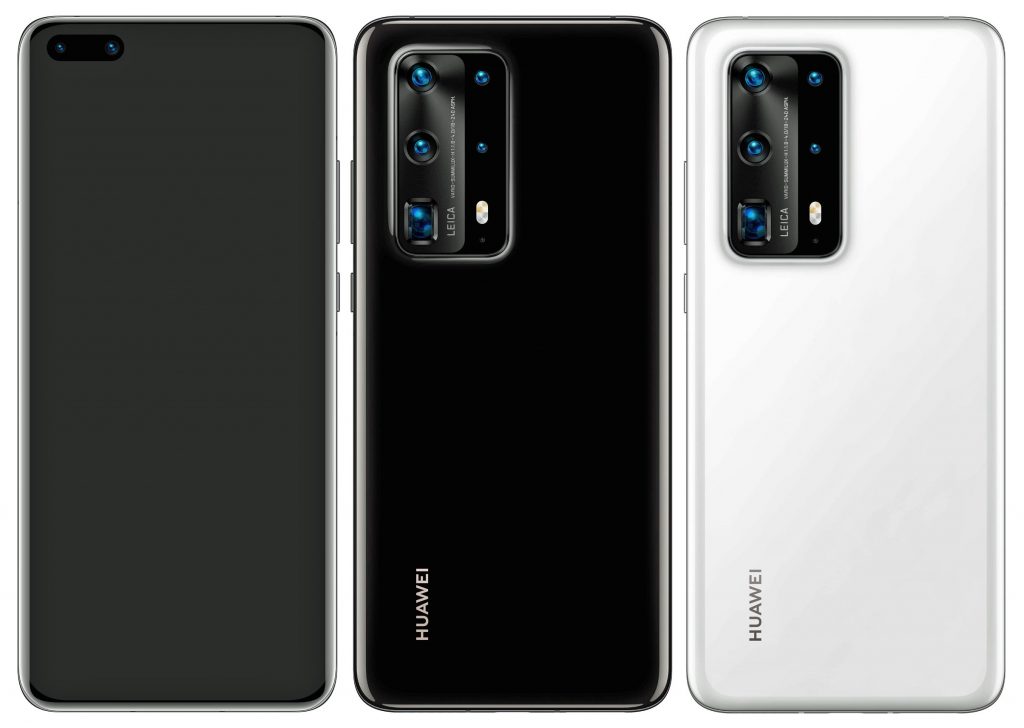 HUAWEI is all set to introduce its P40 series in the coming weeks, now the first clear render of the P40 has surfaced showing off the ceramic back in Black and White, thanks to @evleaks. This also shows dual punch-hole display and penta rear camera arrangement with LEICA branding, and this is said to be P40 Pro Premium Edition. 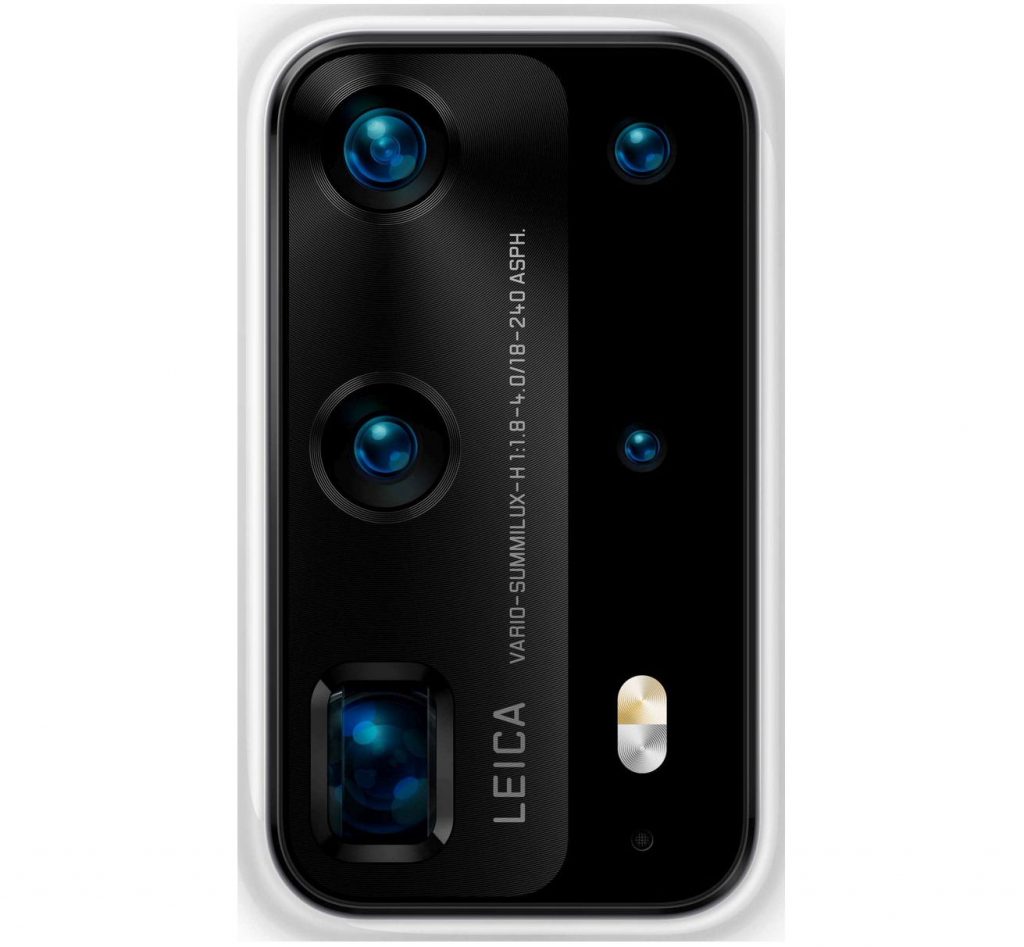 Zooming in the camera part reveals VARIO-SUMMILUX-H 1:1.8-4.0/18-240 equivalence ASPH Lens, between the ultra wide and telephoto for the cameras. This clearly shows periscope lens that is said to adopt 2 mirrors and an extended field of view to achieve a 10x optical zoom, as rumored earlier compared to optical zoom of 5X in the predecessor. It is said to use 52MP main camera for 13MP output. The lower P40 Pro model is said to feature quad rear cameras with 5x optical zoom lens module. 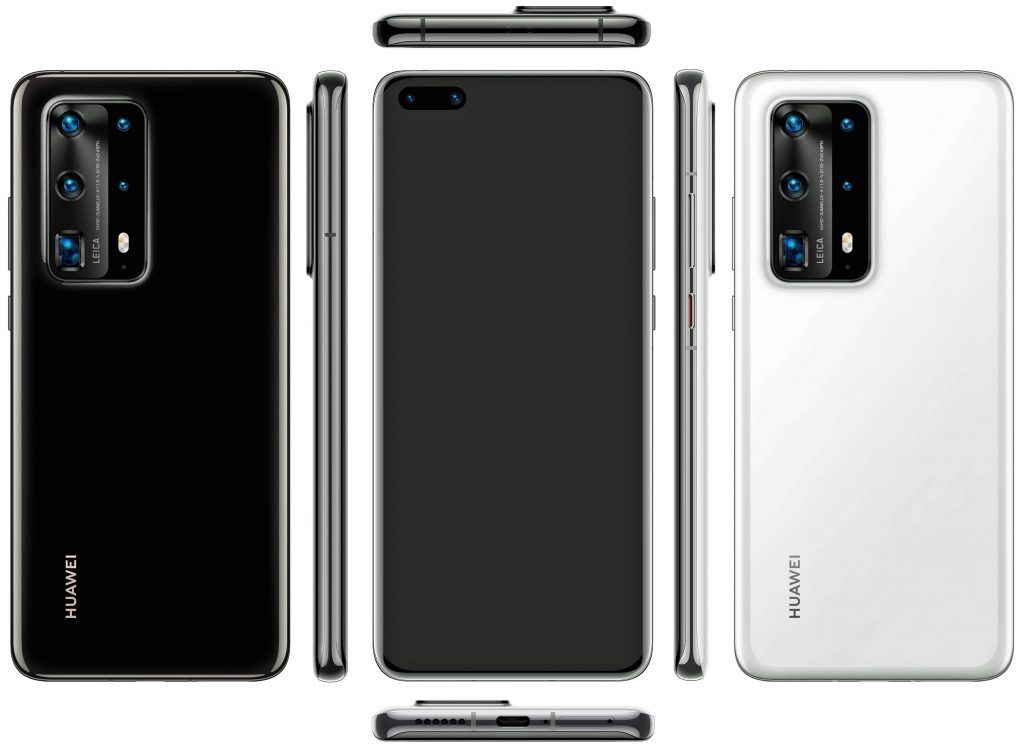 The image shows USB Type-C Port, speaker grill and a primary microphone on the bottom. There is no side-mounted fingerprint sensor, so the phone should feature an AMOLED screen with an in-display fingerprint scanner.

Based on earlier rumors, the phone is said to feature 6.5-inch OLED curved screen, powered by Kirin 990 SoC, and the company’s CEO, run Android 10 based on EMUI 10 out of the box, but we can’t expect Google apps until the Google issue is resolved. It is said to pack 5000mAh battery with support for 50W HUAWEI SuperCharge.

Another image shows the P40 Pro in range of colors, but only the Black and White P40 Pro Premium Edition should feature a Ceramic finish while the other versions will likely stick to glass back. There is also a change in placement of flash and this has only quad rear cameras.

The HUAWEI P40 series is rumored to be introduced at an event on March 26th, same as the launch date of last year’s P30 series. We should get the official invite and more details about the phones in the coming weeks.