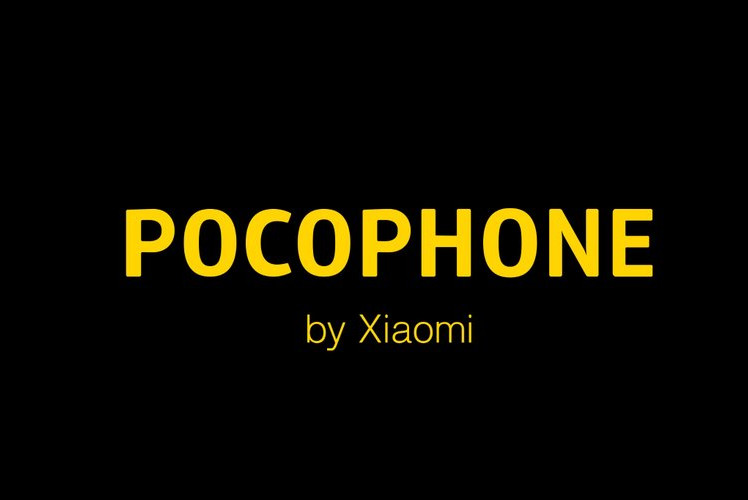 Jai Mani, former Xiaomi Spokesperson back in August 2018 revealed the existence of POCO sub-brand and soon leaks of a new smartphone started popping up. The smartphone launched as the POCO F1 and became the talk of the town because of the insane price-performance proposition. It packed some features that were unheard in the price segment, be it the latest and greatest flagship processor from Qualcomm, or the liquid cooling.  Xiaomi sub-brand grabbed a lot of attention in the market due to campaigns like ‘Do the Math’.

It has been more than a year since the POCO F1 launched, and people have been waiting for its successor. There have been a lot of speculations in the past regarding the next POCO device, some reports claimed that Xiaomi might kill the POCO sub-brand after Jai Mani parted his ways with POCO while some speculated that the Redmi K20 series might come to India as the POCO F2 series. Even our sources told that Xiaomi at one point evaluated bringing Redmi K20 and Redmi K20 Pro as POCO F2 Lite and POCO F2 respectively.

POCO fans have been asking about the release of the new smartphone for the last few months, but Xiaomi and POCO spokespersons have been really secretive about it except for a couple of instances.

We have a new CXO at @XiaomiIndia: #CDO! 🤩 Chief Diwali Officer! 🤓

This is me having a debate with @SnehaTainwala, who leads #Diwali planning for smartphones! 👇

Am scared to get into meetings with #bosswoman Sneha. I spoke abt targets & became a target myself. 🤣#Xiaomi ❤️ pic.twitter.com/cGbYKXHYJs

Last month, POCOPHONE Global head Alvin hinted that we will not see a new POCO smartphone this year, as he referred to POCO F1 as the 2018-19 flagship killer.

Grab the classic flagship killer while you can! https://t.co/8BIYKI92kF

Now, in a reply, Alvin said that the users will hear more from POCO in 2020 which confirms that we will see new POCO smartphone/s next year. Alvin has only hinted that the POCO F2 will be released in 2020 but which month, we don’t know yet. We hope the company reveals more details about the launch in the coming months. 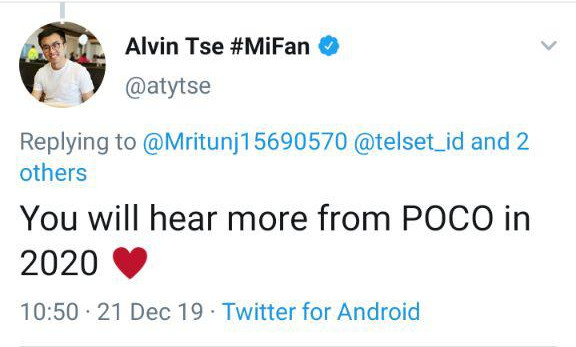 Are you also waiting for the POCO F2, when do you expect it to be released, do let us know in the comments below?

Update: Alvin has removed the tweet, so we have added a screenshot of it.