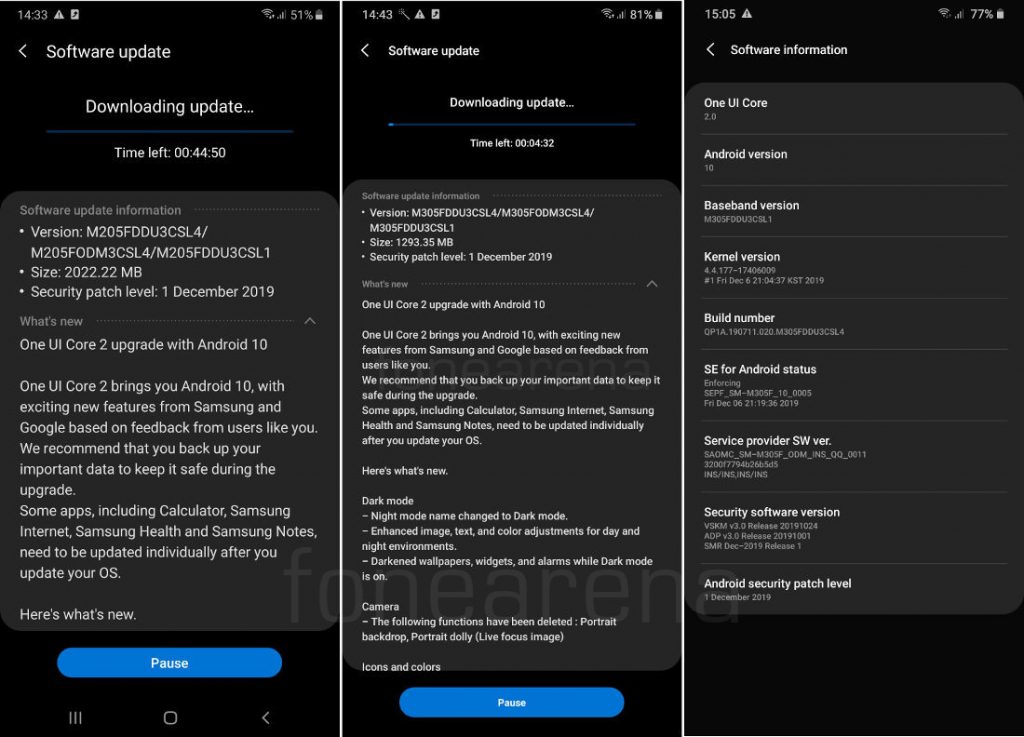 After rolling out update to Galaxy S10 series, Samsung has started rolling out stable version of One UI 2.0, the next major One UI update based on Android 10 for its Galaxy M30 and M20 smartphones in India. These phones were supposed to get the update in January 2020, according to its schedule, but the company has pushed it early. This brings Clean and easy-to-use interface with minimized pop-ups, New, smarter layout for a visually comfortable experience, enhanced Dark Mode, Focus Mode, Intuitive Device Care menu and more.

One UI 2 Core 2 upgrade brings you Android 10 with exciting new features from Samsung and Google based on feedback from users like you. We recommend that you back up your important data to keep it safe during the upgrade. Some apps, including Calculator, Samsung Internet, Samsung Health and Samsung Notes, need to be updated individually after you update your OS.